The Baltimore Sun had an interesting front page article yesterday on Maryland hospitals referring patients with malpractice claims to specific medical malpractice lawyers. I think this is a terrible idea. 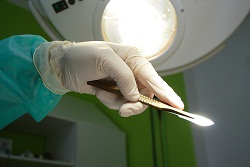 First, everyone means well. The hospitals know they have made a mistake and want to (1) get the clients to a competent malpractice lawyer, and (2) get a deal going where the attorneys’ fees are reduced by as much as a fourth of what they would otherwise be. The lawyers who get the referrals are trying to maximize the value of the case and try to get the client as much as possible.

But there are some cases where the appropriate strategy- or the client’s wish – is just to wage war. It is hard to wage war against someone where your relationship is such that they are recommending you to people they just malpracticed. If you repeatedly go scorched earth and decide that early resolution is not the answer, and a lawsuit is, you can expect these referrals to dry up pretty quickly. You can’t fault the hospitals if they stop referring patients to that “wage war” malpractice lawyer. It is just the way of things.

The hospital is not referring to every potential medical malpractice case. I’m sure these are the “Oh, gosh, we totally screwed up, let’s make it right” malpractice cases. The only remaining question issue is damages. But, as Jerry Seinfeld would say, that’s a pretty big matzo ball hanging out there. Ninety percent of the car accident cases we have in suit are admitted liability cases where the only dispute is damages. Establishing liability is only half of the equation. In serious injury cases, very reasonable people see the values of cases differently, which is why we need the adversarial system to operate at its fullest.

The conflict here is not just a problem for the bad guys, but also for good, honest malpractice lawyers. The big picture colors your thinking even when you specifically are trying hard not to let it. History of man reminds us over and over that self-interest colors the calculations of even the good guys.

Remember when Justice Antonin Scalia came under fire for not recusing himself in a case involving Vice President Dick Chaney, after the pair had recently hopped on Air Force Two for a little hunting trip. Who have you ever gotten on a plane with, and went on a trip with that you were not tight with? Seriously. If I’m getting on a plane with you, we are tight. Scalia’s retort: “If it is reasonable to think that a Supreme Court Justice can be bought so cheap, the nation is in deeper trouble than I had imagined.” It is a good line (give him credit, Scalia has lots of good lines). But just because Scalia was not aware of how such a bias could influence him on his ultimate thinking and decision from the bench, it does not mean that it does not exist.

The same is true with lawyers. When faced with a conflict, some good lawyers think to themselves, “I know I might have a bias problem, so I’ll work real hard to make sure I don’t let it influence my decision making.” But this assumes that you can identify all these biases and properly correct them. I think the subconscious is too deep of an ocean.

We just got a verdict above policy limits in a case where we rejected the policy limits after the case was filed because the client did not want to settle. I asked the defense lawyer to help us fight the insurance company (oh, fine, I’ll name them – State Farm) in collecting the judgment on the theory that State Farm should not have forced us to file suit in the first place. Defense counsel, a good lawyer and an honest guy by all accounts, is just not willing to battle State Farm because they hired him to protect the defendant. Same problem as with the malpractice referral problem in this article: attorneys motivated not to go full board for their clients because their interest lies elsewhere.

Potential conflicts of interest can create bias and distort decision making with the best malpractice lawyers who have the best of intentions. Transparency and efforts to make sure you are “playing it straight” may not make up the difference because of the subconscious obligation to the referring source. So while I think there are some very smart people who disagree with me, I think it is a conflict of interest for Maryland hospitals to refer cases against them to handpicked medical malpractice lawyers.