WJZ reports that Maryland state health regulators are investigating another hospital suspected of performing unnecessary procedures. I think the assumption is that this involves stents, but they have provided little detail.

“We’ve asked the Office of Health Care Quality to do an on-site review, a utilization review of another hospital. If I wanted to name the hospital, I would have named it in the report. That’s an ongoing investigation and at this point, we are maintaining that confidentiality,” said Maryland Health Department Secretary John Colmers.

I have a secret, and I won’t tell you what it is. I hate it when people do that. But it should be more than a little annoying to the patient who is 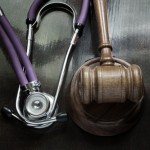 getting ready to undergo the unnecessary procedure at Hospital A. I realize you don’t want to slander the hospital if your investigation turns up no solid evidence. But why bring it up in the first place? I’m no insider, and there could be a very good reason the health department is approaching it this way. But I can’t figure out what it could be.

There is comedy, high comedy, and then there is this first posted comment to the WJZ article:

I have a lot of sympathy for doctors-our culture of ‘jackpot justice’ has put them in an untenable position. They are forced to perform every test in the book to guard against malpractice suits, and then are sued for performing the tests. The best thing this country could do is limit the number of JD’s granted each year.

Setting aside the merits of the position, is this really the best time to make the “jackpot justice” argument? After missing a deadline on a key assignment, it is probably not the best time to ask for a raise. But, sometimes, the man with the hammer sees everything as a nail.  Even if you hold this completely un-American opinion about tort reform, should you crawl in a hole after an article like this until the smoke clears?