Now, this is a shock. The Maryland Court of Appeals ends its summer of avoiding personal injury cases with a vengeance by reconsidering and overruling its own controversial ruling on strict liability for pit bull attacks. The court reversed course and decided that the ruling should only apply to purebred dogs in Tracey v. Solesky. Wow! 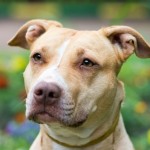 “The majority (of which I was a part) erred in gratuitously applying strict liability to crossbreds when that issue was never in the case,” Judge Alan M. Wilner wrote in rescinding the court’s order. Judge Wilner also pointed out how rare it is for an appellate court to grant a motion for reconsideration. (Note
Wow. This move deserves at least two “wows.”

This is the right call. The “part pit bull” would be a hornets’ nest on every level. It just made little sense.

But is this what the court should have done? For my money, the Maryland Court of Appeals has more “fair court” bona fides than the U.S. Supreme Court where every decision seems to extend to partisan politics. The Maryland Court of Appeals plays it straight – no one accuses them of ruling based on their politics and who nominated them to the court. But to bend to public opinion the way this court has, going back and changing their opinion after the Maryland legislature did not bail them out… let’s just say it is not a credibility enhancer for the court. So, I admire the court’s guts in fixing a mistake while worrying that fixing the mistake the way they did was a mistake (if that makes sense). Still, I think this was the right move.