I was always into statistics. When I was little, baseball statistics were the outlet. I was doing Moneyball when Billy Beane was still learning what a double steal is. (This is hyperbole. I like to exaggerate the things I saw coming.)

Like a lot of us, I looked at risk differently when I became a parent. Now I’m more interested in what the authors of Freakonomics tell us about what matters when raising a child. (Here’s the transcript of a podcast I recently listened to which I found more than a little depressing. It really makes you question the efficacy of piano lessons.) 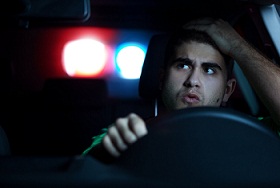 Freakonomics interests me because it uses statistics to assess the risk that questions largely held assumptions. I try to use statistics in parenting to make sure my kids are avoiding the risks that we can reasonably avoid. Car accidents are on a big blip on the radar screen. Car accidents are a major risk of serious injury and death for young children, a far greater risk that 95% of the things you worry about as a parent.

Montgomery: 3,512 DWI cases filed. There were 5,324 cases tried in 2010 resulting in: 1,858 Guilty verdicts, 98 Not Guilty verdicts, 2,585 Probation Before Judgment [PBJ] verdicts, and 1,029 “other” verdicts (which include Dismissed Cases, Nolle Prosequi, Stet, Merged Cases, Jury Trial Prayers, and Miscellaneous Others)

These are misleading statistics if you are trying to avoid drunk drivers in Maryland. This data shows not just drunk drivers but enforcement. Drunk drivers hit our roads somewhere between 88 to 500 times on average before getting in trouble, according to various experts and studies.