Yesterday in Burnside v. Wong, the Maryland Court of Appeals affirmed the Court of Special Appeals and a Baltimore City trial judge’s finding that Baltimore County was an appropriate venue for a medical malpractice lawsuit filed in Baltimore City. 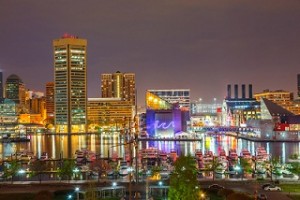 The doctor argued he no longer was seeing patients in Baltimore City and that merely having privileges was not enough to constitute doing business. The Court of Appeals agreed, finding that the proper time period for determining whether a defendant carries on a regular business or habitually engages in a vocation in the venue is when the complaint is filed. The court also rejected the idea that the injury occurred in Baltimore City, although a doctor provided an affidavit that showed to a reasonable medical probability that Plaintiff’s injury more likely occurred in Baltimore City. While the misdiagnosis may have been elsewhere, the manifestation of injury was likely in Baltimore City.

I think this is a poor decision because I thought the idea in the big picture was to defer to the Plaintiff’s choice of venue when in doubt. If the Plaintiff appeared to suffer injury in Baltimore City—and an affidavit said she did—that would seem good enough for me, particularly coupled with the fact that the doctor had privileges and appointments in the city. Believe me, if he testifies, you will hear a lot of throwing “professor at Johns Hopkins” around. Geography should matter a little here, too. Should this defendant doctor really be surprised to be amenable to suit in Baltimore City?

While six smart people disagree with me, I’m heartened because at least Judge Bell agrees. He believes that under the majority’s interpretation, the venue statute loses its rightful voice in determining the venue. From the court’s analysis, Judge Bell points out, every misdiagnosis medical malpractice case must be brought where the misdiagnosis occurred. This does not seem to be the intent of the venue statute. He argued that prior case law clarifies that a plaintiff who experiences pain before, during, and after a misdiagnosis, suffers an “injury” for venue purposes. (I’m simplifying a bit, you need to read the opinion.)