The title is a little hyperbolic. But at the Maryland Court of Appeals Rules Committee meeting this morning, a memorandum was issued from Chief Judge Robert M. Bell requesting a study of how other jurisdictions have dealt with the comparative negligence doctrine.

Just a study, mind you. But this memo jumps right to the core.

(a) whether in the Committee’s view, the Court could effect that change by Rule, as opposed to judicial decision.
(b) if the Court were to consider the adoption of such a Rule, what form and content of the Rule should be; and 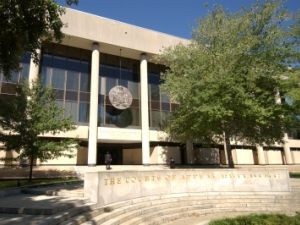 (c) what related legal principles, such as joint and several liability, would need to be considered concurrently.

Well, thank you for not beating around the bush, Judge Bell. There is also a specific request for the consideration of views of the Maryland Defense Counsel, the Maryland Association for Justice, and the Maryland State Bar Association.

Dissecting every word, I love how Judge Bell notes that contributory negligence is a common law rule in Maryland. The unspoken implication to me: it is a rule the court can change if it wants to do so.  Many courts around the country have done so.

But it is also worth noting that Judge Bell finds himself in the dissent on a lot of issues before the Maryland Court of Appeals. I believe that at least four of the judges on the court will punt this issue to the Maryland legislature, noting the estimated zillion comparative negligence bills that have been introduced over the years.