As regular readers of this blog are aware, I have been a critic of the MAIF because of the speed with which it reviews cases, the offers it makes which almost invariably cause reasonable car accident lawyers to file suit because the client’s best interests demand a lawsuit and because it invariably makes its lawyers (and our lawyers) jump through discovery hoop after discovery hoop in large cases before offering its policy limits on the eve of trial when the policy limits should have offered from jump street.  In 2015, MAIF changed their trade name to “Maryland Auto Insurance.”  But they are still the same company with the same problem. 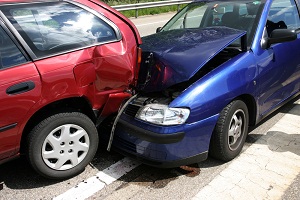 In this Baltimore Business Journal article, MAIF’s executive director since 2004, M. Kent Crabbe, talks about some challenges MAIF faces as an “insurance company” operating under a somewhat unique and complex regulatory scheme, including why it may be more difficult for MAIF to recruit and retain quality people. I put “insurance company” in quotes not derisively (well, kind of) but because technically under the Maryland Insurance Code, MAIF is not an insurance company.  Really, I think the bigger problem at MAIF is not the people but its rigid approach to handling claims.  They should give their adjusters more authority to pay the right value on the claims.

But rigid comes with the territory. Remember, MAIF operates as an independent agency of the state.  So is government in every way that matters.   The purpose of MAIF is to be the “insurer of last resort.”  MAIF is required to only accept applications from Maryland residents who were either refused coverage by at least two private insurers or who have had their insurance policy canceled. So we are dealing with the worst drivers with the vast majority driving around with $30,000 per person insurance coverage limits.  It is a template for disaster and our car accident attorneys have seen this meal regularly served.  We have had death cases where all the insurance available was MAIF’s lousy $30,000.

I spoke today to one of the more competent MAIF adjusters who told me that the bar is being raised at MAIF regarding responding in a professional and timely way to personal injury claims. I’ll save my “picking the bar off the floor” joke (well, I guess I didn’t save it) and hope that there are actual changes in store at Maryland Auto Insurance.  I realize that government agencies will always struggle to keep up with for-profit businesses in terms of their business acumen,  but I have seen many other Maryland state agencies – including MVA in recent years, believe it or not – that seem to be run more efficiently.

Tell Us About Your MAIF Experience

I have updated this post in 2015 If you have had specific dealings — good or bad — with a MAIF adjuster, tell us about it.  This is a list of some MAIF adjusters

Tell us about your experience!