There are a lot of nursing home lawsuit in Maryland for a reason. The state of elder care in the United States is incredibly poor. Sending a loved one to a nursing home has become more and more difficult, 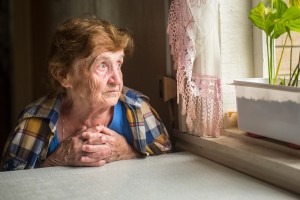 not for lack of quantity, but for lack of quality care. The problem is especially big in Maryland, where malpractice, malnutrition, and plain bad care run rampant throughout the elder care system. If the number of lawsuits filed is any indication, some of the lowest quality care facilities are in Prince George’s County (P.G.) and Baltimore City.  You can argue that these are the best jurisdictions for plaintiffs so, of course, all of the cases get filed there.  But you can also read the list of complaints and inspections that the government does.  Trust me, P.G. County and Baltimore City are not great jurisdictions for nursing homes.

Considering how big of a problem this is, the federal government actually stepped in back in 1987 to set out minimum standards of nursing home care. The Nursing Home Reform Act requires that all nursing homes accepting Medicare and Medicaid comply with a series of guidelines to ensure the highest practical “physical, mental, and psycho-social care” to residents. Some of these standards include:

If nursing homes violate federal guidelines, the government has the ability to use civil fines and penalties. If problems continue to be systematic, the federal government can actually suspend or revoke Medicare and Medicaid certifications. Should that occur, governmental insurance would not reimburse the facility for any services rendered to Medicare/Medicaid participants.

Of course, the federal government cannot do everything (or anything depending on who you ask). So states typically regulate nursing homes by way of licensing requirements. Maryland’s Office of Health Care Quality (which is a part of the Department of Mental Health and Hygiene) regulate nursing homes within the state. Like most governmental agencies, the office does not have the assets to keep close tabs on every single nursing home. Still, agency regulations set forth a Nursing Home Bill of Rights, laying out more protection for nursing home residents. Violations of the Nursing Home Bill of Rights often provide a basis for a lawsuit and can give rise to monetary penalties from the state should they occur.

Maryland “nursing home law” is the same as any other negligence case with respect to the proof you must give at trial.  You must show that the nursing home’s negligence caused injury.  That’s it.

At the end of the day, it is important to remember that nursing homes are not liable for every single thing that happens on the premises. Rather, they are liable for those things that a reasonable nursing home could have anticipated and avoided. In neglect, malpractice, and premises liability cases, this means proving negligence.

A negligence case must be able to demonstrate that the nursing home staff had a duty to the resident and breached that duty, resulting in injury. Abuse cases can involve either a negligence claim, but also claims for the intentional torts of assault and battery. Battery is comprised of an actual unwanted touching by someone else; where as, assault is the apprehension of that touching.

Nursing home cases are becoming more and more easy to win given the fact that juries are not strangers to the atmosphere of elder care. While this may be great for Plaintiffs’ lawyers, it really is a disappointing reflection of the state of elder care in the country. I’d rather make a living doing something that actually helps and fixes these nursing homes. The less nursing home negligence cases – the better.  I think most Plaintiff’s lawyers would agree with me too.

Below are some sample verdicts and settlements from nursing home negligence cases. Trying a case before a jury is hardly an exact science, meaning these verdicts should serve as a guideline above all else. Every jury is different. Although juries are often sympathetic to the victims of nursing home negligence, numerous factors come into play in every verdict.

You might be wondering why you do not see many Maryland verdicts and settlements.  The reason is the bad cases are dismissed and the good cases settle.  Maybe an over-generalization, but it really holds up.

Okay, so why don’t we publish the results of our cases?  Nursing homes are politically smart.  They calculate the value of the cases and the settle them.  Sure, they jerk you around for months in litigation first.  But that is mostly to discourage claims and to use the discovery process to figure out the value of the claims.

Getting an Experienced Lawyer to Help You

Our attorneys handle nursing home negligence cases and have years of experience doing so and a track record of success.  If you or a loved one has fallen victim to negligent care, call me or one of my colleagues at 800-553-8082 or get a free online case consultation.