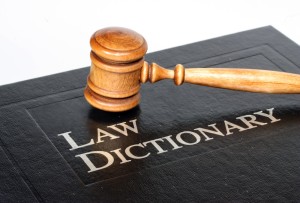 Insurance companies in Maryland are now required to disclose upon request from the victim or their personal injury attorney the amount of insurance coverage their client may have.  So you can find out from day one, how much coverage might be available to satisfy your client’s injury claim. This law went into effect on October 1, 2015.  If you are a Maryland personal injury lawyer, you’re probably in the top 1% of your colleagues in knowing of the existence of this law.  I think it is a well-kept secret because I don’t believe any lobbying went into this effort.  No one is climbing over themselves to claim credit for it. Just the Maryland General Assembly doing their job.  Who knew?

This new law is a great advancement from where we were just four years ago and a nice upgrade from the 2011 law.  Before the original law, an insurance company was not obligated to disclose its insured’s policy limits. Sure, there are some smart seasoned adjusters smart enough to realize that disclosure benefited everyone and would tell you —  or hint to you on the sly — what the insurance coverage might be.  But that was the minority.  Most claims adjusters wouldn’t give it out, usually with a gleeful poker face.

This led to the insanity of sometimes spending thousands of dollars to collect medical bills and records only to find out that the insured only had a $20,000 in coverage.  It was a disaster.  But you really had no other choice because the only other way to get insurance limits was to file a lawsuit.

This helped no one.  So you can imagine, the insurance companies squawked very little in 2011, when the Maryland General Assembly passed a law that allowed victims and their attorneys to get the policy limit information upfront.  We had to jump thought a bunch of silly information hoops first under the “We can’t make it easy” rule but it all worked out well.   Even the insurance companies benefited because it turned claims around faster which, despite what people think, saves the insurance company money because keeping the files open requires someone to monitor them (Sure, they love to hold on to their money, but not at the cost of having adjusters trip over files and uncertain reserves).

One of those hoops was first collecting $12,500 in medical bills and records before the insurance company had to disclose the limits. This was not a debilitating problem, but it just delayed the inevitable for no real reason.  Have you ever been seriously injured or lost a loved one in an accident?  Shouldn’t you be able to know sooner, rather than later, what the coverage might be?  Other states, like Illinois, have similar laws and there is no real downside to the insurance companies.

So Maryland passed the law this year to eliminate the $12,500 requirement.   Now insurance companies must disclose their policy limits upon reasonable request and everyone is better off for it.

I can’t find the actual new law — no one has it up yet — but this is the Senate bill that was passed.