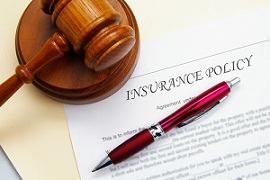 I have taught insurance law for the last 17 years at the University of Baltimore Law School.  I think it is important to explain both the hornbook majority view and Maryland law.  Typically, what I’m saying is that the majority view is this balanced, reasonable law… and then there is Maryland law which seems to bend over backward to favor insurance companies.

There is a political element to this.  Maryland insurance law is stunningly conservative.  Paul Ryan himself probably vigorously approves.  Yet Maryland is an extremely liberal state.  Sure, we went through that crazy college experimentation-like phase with Bob Ehrlich but we have consistently picked liberal governors and have consistently had a solid liberal majority in the Maryland General Assembly.  So why are we the Rush Limbaugh of insurance?

I don’t know.  I suspect it is because we are an old state that has a steeped tradition that has not shed a lot of stare decisis.  One reason we have been slow to get rid of our prehistoric insurance laws is a secret blessing: we do not have an over-politicized judiciary.  Maryland has a generally liberal bench that has a conservative way of looking at the law which means great respect for stare decisis and a general unwillingness to make the law to suit their own political desires.  This is all sincerely charming but sometimes it gets taken too far and we keep archaic laws on the books like contributory negligence and our failure to adopt dram shop laws.  Most states have evolved past 1952 on these issues. But we seem firmly entrenched in the past.  Both laws cause businesses to be less safe.  That causes people to die. That is not hyperbole. 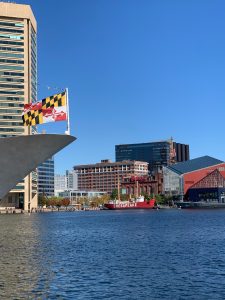 In this case, now pending before the Maryland Court of Appeals, a couple had State Farm homeowner’s insurance.  The great blizzard of February 2010 hit and they suffered $1,700 in damage to their carport.  State Farm denied the claim because, in State Farm’s estimation, a carport is not a “building” as defined by the contract.  How does the contract define carport?  It does not.  So State Farm decided unilaterally that it was ineligible for coverage under the completely made-up theory that the carport was not a building because it had 10 poles and no walls, postulating that a building needs three or more walls.

I say State Farm just made up the definition.  But surely they cite something authoritative like a prior appellate opinion, a legal treatise, a dictionary, or even an old insurance manual.  Nope.  State Farm freely admits that it created this self-serving definition of the term “building” after the Snowmageddon in February 2010.

I think this is stone nuts.  But the Maryland insurance commissioner, a Baltimore City Circuit Court Judge, and the Maryland Court of Special Appeals all agreed with State Farm.  Truth is, it is a miracle these homeowners have gotten this far.  No lawyer would take their claim.  Thankfully, the People’s Insurance Counsel Division, a unit within the Office of the Attorney General that advocates for consumers, intervened because State Farm’s actions were unfair to all Maryland homeowners who own carports.

Forty-four states have a rule that contracts of adhesion — fine print of contracts presented as “take-it-or-leave-it”—should be construed against the insurance company when reasonable minds could differ. This law acknowledges that consumers do not have the same bargaining power as multi-billion dollar insurance companies.  Why does Maryland have this law?  Who knows?   Is there some policy reason why Maryland has remained in the minority.  No.  In fact, there has never been an explanation of why this 175-year-old law was implemented in the first place.   Certainly, stare decisis has its place in Maryland law.  But how long do we have to keep an unfair law on the books just because it has always been there?