Runaway juries are a big problem in medical malpractice cases. Juries see a sympathetic plaintiff and, unchecked by reason, they write oversized checks. Liberal judges aid and abet the crime.

This belief has taken deep root in Maryland – and in most states – that has led to the enactment of scores of laws to impede medical malpractice lawsuits. Most notable of these restrictions has been medical malpractice caps. Maryland had an onerous cap that became even more Draconian. Why? Because the Maryland 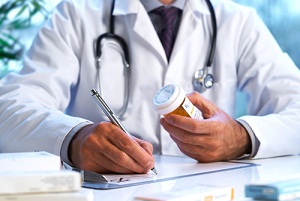 Trial lawyers have been outsmarted at every turn by doctors and other tort reform proponents. These advocacy groups have smartly turned the focus away from hard facts and have ironically used the quintessential trial lawyer weapons, antidotes, and imagery. Pictures of doctors on highways walking out of the state because of high malpractice premiums. A story about a cute little Doc Hollywood like a country doctor who had to close his practice because of frivolous malpractice suits. They have, repeatedly, won. Their lobbyists and PR people have done a great job.

The facts paint a bit of a different picture than the “juries gone wild” leitmotif would suggest. In a research letter in the Archives of Internal Medicine, researchers looked at 10,000 closed malpractice claims. Here are some malpractice statistics the study uncovered. Most of these stats support my “malpractice juries give doctors the benefit of the doubt” thesis, although I’ve added a few just for pure interest:

I have a lot of opinions about our tort system. I don’t have my feet in concrete on a single opinion. I realize that people smarter than I believe the exact opposite of many of these issues of our day. In the passion of argument, it does not always come off that way, but the last person I want to be is the “everyone is an idiot but me” blogger. But in the food chain of “how strongly do you believe it?”, I don’t have many opinions on the tort system that I feel stronger about than (1) state and local government tort claims acts are an abomination, (2) caps that limit a jury’s ability to award damages are unfair and un-American.