It kills me how so many folks hold up the New England Journal of Medicine as the gold standard for anything and everything until it speaks up about preemption or medical malpractice reform. Then they become hacks for… well, nobody, really. Just hacks.

The NEJM put out a recent article that looked at traditional malpractice tort reform: 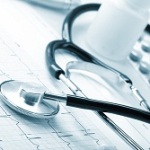 Our review yielded two main conclusions. First, evaluations of traditional tort reforms have remained heavily focused on metrics related to liability costs, with most care-related measures receiving relatively short shrift. Second, the evidence reveals that, with few exceptions, traditional tort reforms have not proved to provide many improvements in these liability metrics.

So we have decided as a society in many jurisdictions, including Maryland, to limit how its citizen juries can award and deprive malpractice victims sometimes what we would all agree to be the fair value of the injuries or death because of the case’s true value exceeds the malpractice cap. Oh, yeah, we also look the other way on the Constitution’s due process and equal protection requirements.

Let’s assume it’s cool to trample on the Constitution and our most vulnerable for a good cause. What kind of bang for our buck are we getting? Few improvements?

Tort reform is the guy who is doing 30-to-life for killing someone with $20 in their pocket during a robbery.

If you think I’m quoting the article out of context, go read the complete thing.