Joanne Doroshow from the Center for Justice and Democracy writes a blog post for AOL the Huffington Post arguing that medical malpractice tort reform will increase the national debt.

A few weeks ago, I observed that no one was saying anything new on the subject of tort reform. There is an editorial a week on tort reform but nothing new. The AMA is relentless in what has to be a systematic effort to push new malpractice award limits and other curbs on malpractice lawsuits. 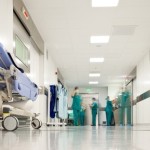 Ms. Doroshow has something new to say. Fundamentally, Ms. Doroshow contends that limitation on malpractice lawsuits will increase our national deficit because hospitals and doctors will lose the incentive to provide the safeguards necessary to protect patients. From this, the increase in injuries and deaths from medical malpractice will increase the societal burden of supporting patients who are brain-damaged, mutilated, or rendered paraplegic. She explains her thinking further:

CBO notes that one study finds such tort restrictions would lead to a .2 percent increase in the nation’s overall death rate. If true, that would be more than 4,000 additional Americans killed every year by medical malpractice, and that’s on top of the hundreds of thousands of additional patients who survive their injuries. How could this possibly be an acceptable trade-off?

It can’t be. Like I said last week, we get no bang for our buck on malpractice reform. In exchange for our end run around the 7th Amendment and for trampling on the rights of people that need justice, we get nothing tangible back economically.

But I have no clue whether tort reform is going to meaningfully impact our $3.8 trillion budget. I think speculating about it is counterproductive. In law school, the first thing they teach you is not to lead with your worst arguments. (Actually, they don’t mention this in law school. Just pretend with me so I can use the cliché.) The AMA is staying on message that doctors will leave your state. (Which state are they leaving? YOUR state.) I think getting away from the real message – real people are being hurt and deserve fairness and justice – just diminishes the credibility of those who support letting the people – American juries – decide whether or not and how much compensation should be awarded in a medical malpractice claim.