Medical malpractice lawyers are just looking for a deep pocket to sue. Every time something bad happens to anyone, they sue. It is always only about money.

Largely, these generalizations are just plain false. Usually, in a malpractice case, the doctor has insurance, so the pockets are deep enough. Here in Maryland, where we have caps on non-economic damages in medical malpractice cases, the pockets are almost always deep enough. Study after study has shown that only a tiny percentage of malpractice that results in a wrongful death leads to a lawsuit or settlement. (I think I saw a study that said 4% but don’t hold me to that. Both sides of the tort reform issue argue that true victims don’t receive adequate compensation.) And while medical malpractice lawsuits are about money, it would amaze cynics at how often the desire to appropriately assign liability is more important to the client than how much money they recover from the lawsuit.

Yet, a significant percentage of people in the country would agree with the first paragraph of this post instead of the second. I really believe that a big reason for this is the inferences people draw from what happens when something happens to someone famous. 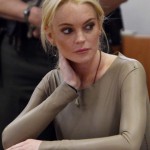 Why is it that every time something happens to a celebrity there is a lawyer ready and willing to sue no matter how ridiculous the circumstances are? I know exactly why. Lawyers enjoy the status and notoriety they get when they represent a celebrity.

How do I know this? I’ve fallen prey to it myself. Ten years ago, when I was just starting a plaintiffs’ personal injury practice after being a defense lawyer, I filed a medical malpractice lawsuit against the New England Patriots. The claim against the Patriots settled, and I believe it was a meritorious claim. Did I enjoy it when ESPN and CNN picked up the story? I can tell you I’m far past that point in my life now, but then? Yeah, I did. After that, I handled other high-profile media cases that brought attention to myself that; I have to admit, I would never have gotten involved in if I was not (1) flattered to have been asked and (2) the plaintiff was not famous or the case was not high profile.

Like I said, I’m far past that now. I just want to be the best lawyer I can be and get the best results possible for our clients and I don’t want attention for the mere filing of a lawsuit which is the ultimate Paris Hilton/Kim Kardashian “get notoriety for doing absolutely nothing” without the consolation prize of at least being very attractive while doing it.

So when I see these lawsuits filed, I always imagine how happy the lawyer must be for the attention they are receiving. Some are young lawyers, but some lawyers never outgrow it. It is not just wannabe great lawyers, either. A lot of very good, well respected personal injury lawyers take cases for famous clients that they otherwise never would.

So, completing the circle I started, the public sees that every celebrity death ends in a lawsuit as does every celebrity dispute. The public weighs the merits of these cases, finding that more often than not they are, at best, unsustainable and, at worst, ridiculous, and assumes this is a microcosm of all pending lawsuits.

I intended this blog post to comment on Eric Turkewitz’s blog post on Michael Jackson’s wrongful death medical malpractice lawsuit against the concert promoter of his comeback tour, apparently claiming vicarious liability for the malpractice of Jackson’s personal doctor. But I got sidetracked by the larger issue that is more meaningful to our clients: the preconceived notion that jurors bring with them to the courthouse. I don’t like to prejudge lawsuits when I really know little about the underlying claims. Too many rash judgments (“rush to judgment”, as we all say now) are made about lawsuits without all the facts. That said… if my job were to assign Vegas odds (or London odds where it is probably legal to bet on this) on whether this case makes it past summary judgment, much less a jury assigning blame to the concert group – it would definitely be a long shot.