Still, relatively few lawyers had the resources to put on television commercials. Almost all were personal injury lawyers because the numbers just didn’t work for domestic or criminal lawyers because there is no possibility of a large payday in those cases. The malpractice and accident lawyers that were advertising on 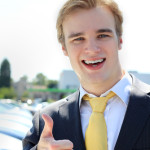 television were making a substantial investment in branding their law firm.

So awfulness of personal injury lawyer commercials was regulated more by fundamental economics than the ABA Model Rules of Professional Conduct. Advertising lawyers did not risk their investment and their brand by going too far over the top.

Then came YouTube. Now every lawyer with a camera puts their television commercial into the stream of commerce. Unlike marketing titans, they have no reputation to lose. So it is the wild west.

Overlawyered provides an embedded link today to one of the worst. It is not a personal injury lawyer but a domestic lawyer ad. It is like a Saturday Night Live sketch you and I would put together on the fly if we were trying to mock lawyer advertisements.

Every time one of these videos gets made, a tort reform cadet gets his wings.