The Maryland Court of Special Appeals today considered the circumstances under which a landlord may be liable in dog bite injury claims. 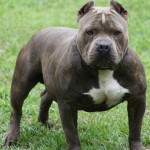 Court of Appeals will see this one.

The court went through two leading Maryland dog bite cases involving dogs named Trouble and Rampage. I would think everyone would have notice of propensity with dogs with these names. When I’m nearing a pit bull named Rampage, I’m thinking it’s a matter of time before I feel the first bite.

The Plaintiffs’ lawyers, in this case, were Ober, Kaler, Grimes, & Shriver, a firm that usually finds itself on the other side of the “v”. State Farm’s in-house counsel (Cliff Patterson, from H. Barritt Peterson, Jr. & Associates, who is a good lawyer, represented the defendants.)

You can probably guess why the Plaintiffs’ lawyers were focusing on the landlords. State Farm apparently had coverage for the landlords (a married couple); the tenants who were breeding the dogs filed for bankruptcy protection and their debt was discharged.

There is also an interesting spoilation of evidence issue in this case. Normally, I try to break down cases of interest to Maryland personal injury lawyers, but the majority opinion is 41 pages. I will pretend that I will summarize it fully later in the week. In the meantime, you can read it here.