While preparing our client to testify at trial on Tuesday, I had a hard time getting her not to mention that she had received workers’ compensation benefits. So many of her choices were pushed by what workers’ comp would or wouldn’t do. When you are coaching someone to be as honest as possible, it’s hard. Tell the truth about EVERYTHING… oh, but not this. 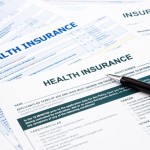 Jurors are not told about the existence of insurance, either health insurance or liability insurance. There is good reason for this in theory: jurors are more likely to increase their award if they don’t know an insurance company is behind the defendant and they also will not award medical bills that they assume were paid by insurance. They are also not told that health insurance companies and workers’ compensation insurers expect to be paid back if the jury awards plaintiff compensation.

Thankfully, our client did well – no mention of the workers’ compensation insurance that paid her medical bills and lost wages. Then the president of the defendant company testifies and promptly blurts out that his company has had few accidents, which is why their insurance premiums are so low. For good measure, he repeats himself. One juror later told us he remembered that he let insurance slip but quickly added, “We figured there was insurance.” Another juror chimed in, “This case was more like a workers’ compensation claim.” This figured in their math too. They figured she would not pay $151,000 in medical bills back to her doctors although they awarded it anyway because good jurors follow the law.

Would it be better if we could tell jurors the entire story? Tell them the plaintiff has insurance – and that the insurance company expects to be paid back. But also tell them the defendant has insurance. Does this “honesty is the best policy” rule of evidence make more sense?

I think both plaintiffs’ and defendants’ lobbying groups would say no. And they might be right: the collateral source rule has been living in Maryland for 121 years for a reason. But I hate that we don’t get to tell the jurors everything and I don’t enjoy prepping my clients to not tell the jury the reasoning behind why they did what they did.