We had a chance to put him on the Maryland Court of Appeals we let slip away.  Judge Grimm will make a great addition to the federal bench, but I don’t know that Marylanders will benefit. As a magistrate judge, he is already presiding over trials and doing many of the things that district court judges do. I would have preferred to see Judge Grimm on the Maryland Court of Appeals helping interpret and make new Maryland law.  I’m still mad that Governor O’Malley never made that happen. Because I spend a lot more time in state court than federal court.

Law 360 did an article on Judge Grimm in 2014.  These two paragraphs tell you a lot about what you need to know about this judge:

Judge Grimm has cultivated a courtroom demeanor modeled after what he describes as “the common touch”: He doesn’t require that people stand when he enters the courtroom, and he comes down from the bench when speaking to juries in order to address them eye-to-eye.”You’ve got to treat people with dignity, and you can’t control a courtroom by being a tyrant,” Judge Grimm says. “Judges get a lot of respect, sometimes more than their behavior warrants. I learned as an Army officer that you can command obedience, but not respect. Respect has to be earned.”

How many judges talk this way?  Unbelievably refreshing, right?

You know, when I was in law school watching the OJ trial, I saw Judge Ito giving this level of respect to trial counsel and they walked all over him.   I’m betting money 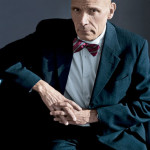 Judge Ito is a good man.  But it did not work for him, at least not in that trial.   So why does it work so well for Judge Grimm that he has every trial lawyer in Maryland — including me, obviously – tripping over themselves to praise the guy?  I think it is probable that he commands respect in many different ways.  He knows the law better than you and, before you walked out of mediation, he might know your own client better than you.

If you found a blog because you have been assigned Judge Grimm but you know nothing about him,  congratulations.  You got the best draw no matter which side of the aisle you are on because win or lose, you will be treated fairly.