Judge Mary Ellen Barbera will be the first female chief judge of the Maryland Court of Appeals, our highest court, according to current Chief Judge Robert Bell who told the AP of the selection.

It is a strange way to make the announcement of this magnitude. Was Chief Judge Bell talking out of school? Maybe he was given the courtesy of knowing in advance and he spilled the beans, maybe inadvertently. I suppose they could have told Bell to leak the announcement, but I doubt it. Governor O’Malley refused to talk about Bell’s announcement when asked by reporters after an event he attended recognizing pro bono attorneys. A news conference is scheduled for Wednesday. 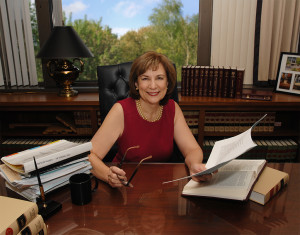 Chief Judge Bell, who is a true legend and hero to many, has taken a lot of shots on his way out the door of late. He will reach the mandatory retirement age of 70 on Saturday.

Judge Barbera is unbelievably qualified, and she is also right in O’Malley’s wheelhouse politically. She leans to the left, she’s young (60), he picked her for the court 5 years ago, and she is a woman. Somehow, when the Governor is asking for votes in Iowa in a few years, I’m betting the Governor will drop the latter point into the conversation more than once.

Here is a cool story of Judge Harrell and Judge Barbera going to the Supreme Court to hear the DNA case where he wrote the majority opinion and she wrote the dissent.