Contributory negligence is about as dead of an idea as communism. Maryland is one of five jurisdictions in the United States (along with Virginia, Washington D.C., Alabama, and North Carolina) that have maintained this antiquated notion that being 1% at fault for your own injuries should be a bar to your claim. It is pretty much intellectually indefensible, really.

One big impediment of changing this law in Maryland is a powerful plaintiffs’ lawyer. I will not name this lawyer. (One small hint: he owns a baseball team, has more money than everyone reading this blog post combined, and recently donated a truckload of money again to the University of Baltimore School of Law.)

Why would any plaintiffs’ attorney oppose comparative negligence? The reason is simple: when this issue gets brought up in the Maryland legislature, a legislator always says something to the effect of, “This is not a bad idea. But certainly joint and several liability is a bad idea, too. How about we get rid of both contributory negligence and joint and several liability?” Some states have done exactly this. Other states, like Maryland, have allowed defendants to make contribution claims to reduce the claim of inequity that one defendant should bear the entire loss for an accident that was caused by over one party.

I don’t blame Peter Angelos (I was kidding, obviously, when I said I wouldn’t name him) for fearing comparative negligence, for fear it will be linked with joint and several liability. It is in his clients’ best interests as it is for many other Maryland personal injury lawyers’ clients, most notably asbestos or other toxic tort claims where joint and several liability is the key to getting a meaningful recovery. 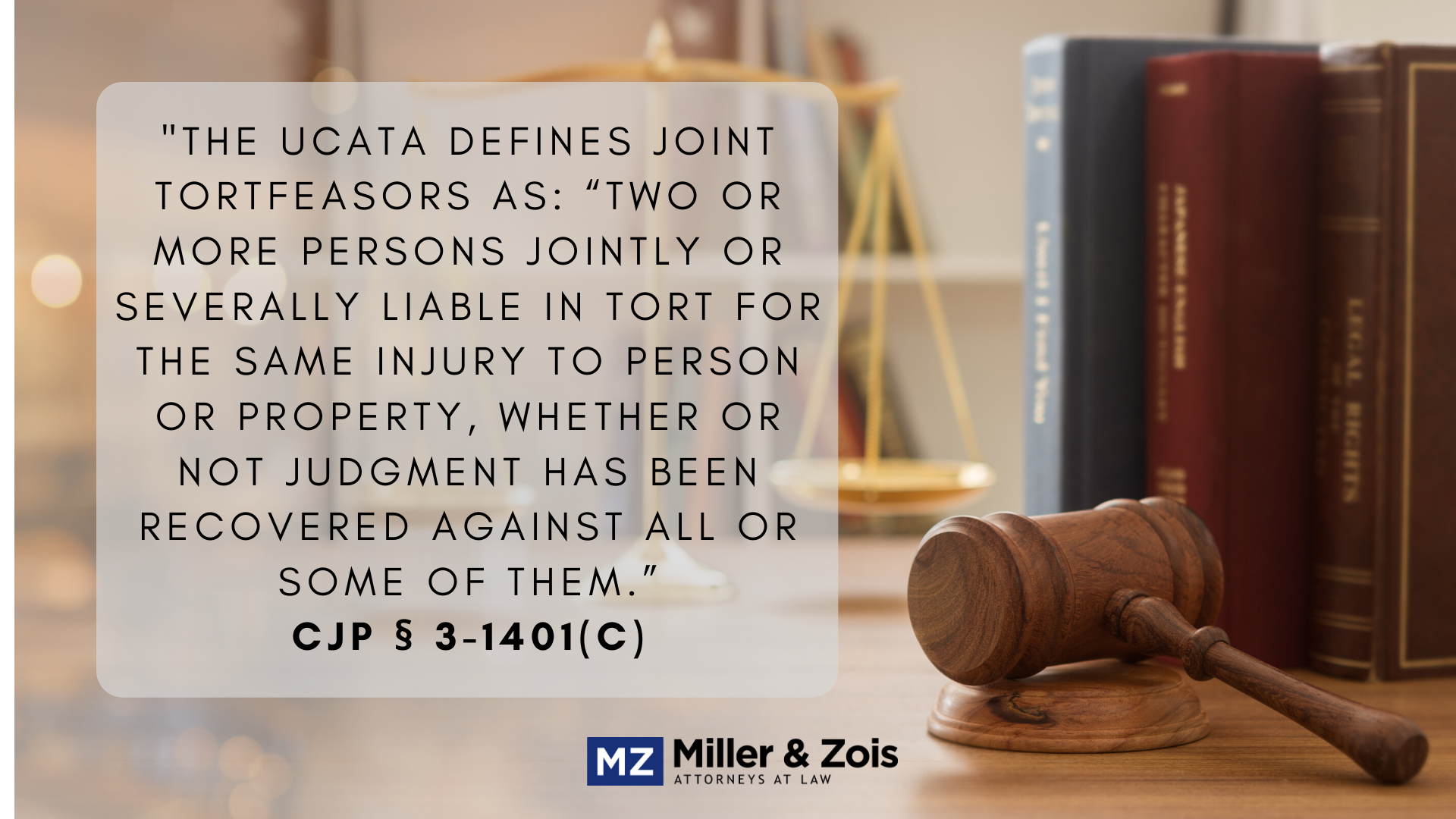 A professor at the University of Alabama, J. Shahar Dillbary argues in the Hastings Law Journal that joint and several liability without contribution amongst defendants is the best and most fair system. Not a shocking view. Many liberal scholars will agree. The difference here is that the author attempts to prove this thesis with a law and economics perspective, using mathematical models that I tried to follow before completely giving up.

The author also does a nice job of compiling the arguments defending the doctrine of joint and several liability: (1) that each of the joint tortfeasors caused and therefore is responsible for the entire harm; (2) that each of the tortfeasors could have avoided that harm had they taken more precaution; (3) that contribution provides a culpable party with a windfall because it reduces the liability of a fully responsible tortfeasor because others joined her; (4) that a regime of several liability or one that allows contribution shifts the risk of litigation and insolvency to the innocent victim;(5) that comparing fault between fully responsible tortfeasors is infeasible, arbitrary and unfair; and (6) that a contribution (or SL) regime will result in more proceedings and thus increase the cost of litigation to the victim and delay collection or even worse: reduce it.

You can get the article here (one-click download is at the top).