The purpose of uninsured motorist coverage – which most of us blindly have because our state requires it – is for protection if we get hit by a driver with no insurance or not enough insurance to provide compensation for our injuries. Most uninsured motorist policies compensate the victim for any amount, within the policy limits, that would have been recoverable from the at-fault driver as money damages resulting from a car collision. 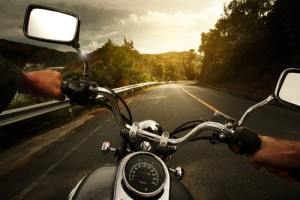 not end there. Some states – Maryland is a prime example that I will get to in a second – will rewrite the terms of an insurance policy to meet public policy objectives. This is done either by judicial fiat or by the state’s uninsured motorist statutory scheme.

So outside of Maryland, Plaintiffs’ lawyers in these cases argue that the state uninsured motorist laws provide protection that extends not just to the vehicle but to the person. This argument goes, UM coverage is broadly construed to cover all motor vehicle accidents. The insurance companies, argue that its insured should not be able to have their cake and eat it too by doing someone inherently unsafe while not paying for the coverage. There is merit to both arguments.

Taking a quick look around the country, Rhode Island (a new case with an owned-but-uninsured issue as well) Tennessee, Alabama, Louisiana, and Florida seem to have law generally favorable to plaintiffs. The law in California and Colorado seemed to be less favorable. Ohio seems conflicted. (Don’t hold me to any of this; I was just doing drive-by research.)