A Virginia lawyer wrote me last night asking about a client that was injured in a motor vehicle accident in Maryland. 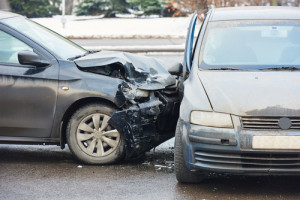 In Harris v. Nationwide Mutual Insurance Co., 117 Md. App. 1 (1997), the Plaintiff was walking to her car in the parking lot of the Marlow Heights Shopping Center in Prince George’s County when a man drove up beside her and grabbed her purse. Her arm became entangled in the purse’s strap. The driver held on to her purse and drove away, knocking her to the ground and dragging her about 15 feet before the vehicle released her. The driver sped away with her purse and was never caught. Plaintiff suffered a fractured shoulder and broken knuckles.

Nationwide Insurance denied coverage. Their attorney contended that the term “accident” refers only to occurrences that are unintentional, and that the accident was not covered because it involved an intentional act by the unknown assailant. (Personal footnote: Nationwide’s lawyer was Jim Garland, a likeable guy who worked with my wife at Nationwide. I met him for the first time at my church last month.) Plaintiff’s attorney argued that the term “accident” has a much broader meaning, encompassing any occurrence involving a car, including those acts which are intentional.

Judge Allen Shepard agreed with the argument made by Nationwide. On appeal, the intermediate court reversed, concluding that the term “accident” encompassed both intentional and unintentional incidents. Accordingly, the assault on the insured victim qualified as an “accident.” Finding from the agreed-upon facts that the insured victim’s injuries were causally related to the use of the purse snatcher’s “uninsured” motor vehicle, the court found in favor of the Plaintiff.

Going back to the Virginia lawyer’s question, the Maryland uninsured motorist statute and the case law interpreting this statute, there is uninsured motorist coverage available in Maryland for victims of intentional torts if the injury arises out of the “ownership, maintenance, or use” of an automobile.