A lawyer in Virginia emailed to ask me if failure to wear a child seat is contributory negligence in Maryland?

Setting aside for a moment the abject irresponsibility of this mother who failed to ensure the safety of her child, the answer is no. 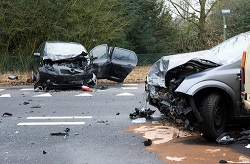 Parenthetically, the same logic holds true with failing to wear a seat belt in Maryland. While it may be a crime, a “party, witness, or counsel may not make reference to a seat belt during a trial of a civil action that involves property damage, personal injury, or death if the damage, injury, or death is not related to the design, manufacture, installation, supplying, or repair of a seat belt.” Maryland Transportation Code Annotated. § 22-412.3. In summary, the failure of a personal injury plaintiff to use a seat belt or a child seat is not admissible at trial, although it is a misdemeanor crime (I feel compelled to continue to repeat this).

Concerning the admissibility of the use of seat belts in Maryland, this sword cuts both ways in that personal injury lawyers often want to present evidence that the lawyer’s client was wearing a seat belt to underscore that the injury victim did everything that he or she could to prevent serious injury. But this testimony is also not permissible under § 22-412.3.

Nationally, there is a split of authority whether, under principles of mitigation of damages or as contributory or comparative negligence, an injury victim’s failure to wear a seatbelt can justify a reduction in the number of damages that he or she receives. But even in jurisdictions that allow such evidence, a reduction is usually justified only if the Defendant’s attorney can provide medical evidence to a reasonable medical certainty that Plaintiff’s injuries could have been eliminated or reduced had Plaintiff been wearing a seatbelt when the accident occurred. See DiPirro v. U.S., 181 F.R.D. 221 (W.D.N.Y. 1998).

Here is a quick summary of how some other jurisdictions have treated this issue:

Arizona allows the jury to consider the nonuse of a seatbelt in determining damages in Arizona. Garcia v. GMC, 195 Ariz. 510 (1999).

In California, the evidence of not wearing a seat belt is admissible.  The California statute on point, Vehicle Code § 27315(i), clarifies that in a car or truck accident case, a violation of the seat belt use law “does not establish negligence as a matter of law or negligence per se for comparative fault purposes, but negligence may be proven as fact without regard to the violation.”

Evidence of nonuse of a seat belt is not admissible for diminishing damages award in wrongful death action brought by passenger’s parents and estate. O.C.G.A. § 40-8-76.1(d). Whitley v. U.S., 170 F.3d 1061 (11th Cir. 1999) (evidence that passenger in a wrongful death action was not wearing a seatbelt at the time of the accident was not admissible for the jury’s consideration of damages).

Hagwood v. Odom, 88 N.C. App. 513 (1988) (affirmed trial court’s order in limine prohibiting defendant’s attorney in a truck accident case from informing the jury that one of the occupants was not wearing a seat belt).

There has been a long-standing common law and later statutory support for preventing the introduction of evidence that the injury victim did not use a seat belt. The legislature repealed these statutes in 2003. There is no longer any statutory impediment for a defense attorney presenting evidence at trial that the Plaintiff was not wearing a seat belt.