The Maryland Court of Special Appeals said yesterday that Allstate is entitled to be as prejudiced as it wants to be.

And sorry if you clicked on this because the title baited you, the court did not mean Allstate can discriminate based on race, creed, or religion. Instead, the court said Allstate could discriminate against a slightly less protected class: people in the path of hurricanes along Maryland’s eastern seaboard. The long discriminated against yet unprotected class of rich people who own bay or oceanfront property in Calvert, St. Mary’s, Somerset, Talbot, Wicomico, and Worcester 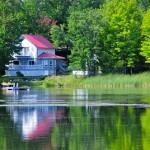 After a rash of hurricanes a few years ago, Allstate panicked and told the Maryland Insurance Commission that it would no longer offer insurance to some property owners on or near the Atlantic Ocean or the Chesapeake Bay. The insurance commissioner Ralph Tyler, who has since moved on to the FDA, agreed it was entitled to withdraw offering coverage to these property owners.

This decision was appealed to the Baltimore City Circuit Court and then to the CSA by the People’s Insurance Counsel Division, a 7-year-old creation of the Maryland General Assembly whose purpose is to “evaluate each medical professional liability insurance and homeowner’s insurance matter pending before the [Maryland Insurance] Commissioner to determine whether the interests of insurance consumers are affected.” The actual purpose of the PICD was dealing with malpractice insurance. Homeowners were a “throw in” to the deal. At least that is how I remember it/assume that it was.

I think Allstate overreacted, and that it was a bad, reactionary response to the “black swan” that was the rash of hurricanes that came in a relatively brief period. While I am reluctant to agree with Allstate on anything, I think they have the right, in most cases, to withdraw coverage to any class of people it likes as long as it is not discriminating against a class that is protected (or should be protected).

(I’m also thankful for the opportunity to support Allstate – it makes me feel more or less unbiased. Fair and balanced reporting. That is what you get here on the Maryland Injury Lawyer Blog. Or something like that.)

The case’s holding is not of direct interest to Maryland personal injury lawyers. But anything involving insurance bleeds into what we do. And it is an interesting read, if for no other reason than the fact that retired Judge Charles E. Moylan, who has been on the bench 40 years now, appears downright annoyed by the arguments made by the PICD. Judge Moylan is a judicial legend, and he even still writes all of his opinions by hand.

[Okay, we had to do that. Can we get back to hating the “good hands” people again? Okay, good.]