Something interesting has come out of Alaska that does not involve Sarah Palin, oil, or snow. No, really, it’s true.

In Whitney v. State Farm, the Plaintiff had a serious injury case that far exceeded State Farm’s 100/300 policy. (Yeah, State Farm is writing those in Alaska too.) State Farm tendered the policy limits. Plaintiff’s counsel had an admirable but goofy theory why there were stacking policies on the risk where UM coverage applied. 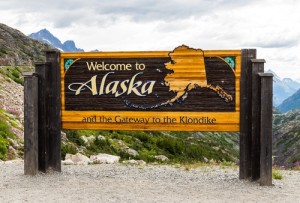 Plaintiff’s accident lawyer then did something very interesting. He settled the case with the Defendant far in excess of the policy limits. This gave him a chance to skip a trial and immediately test his theory, bringing a bad faith claim under Alaska’s version of a use plaintiff. I’m sure he had some side deal with Plaintiff on collecting the settlement. I’m amazed the defendant’s State Farm lawyer – whose bills are being paid by State Farm – had the guts to craft a settlement was in the client’s best interests but not State Farm’s.

I love the creativity. But it fails. As a consolation prize, the Alaska Supreme Court left open the property damage claim and claims related to State Farm’s duty to timely settle. The latter sounds like a dead loser in this case and the former is a lousy property damage claim.

You can read the opinion here.