This quote leads off an article in Property and Casualty 360:

To me, a claims man is a surgeon. That desk is an operating table. And those pencils are scalpels and bone chisels. And those papers are not just forms and statistics and claims for compensation, they’re alive, they’re packed with drama, with twisted hopes and crooked dreams. A claims man, Walter, is a doctor and a bloodhound…and a cop and a judge and a jury and a father confessor all in one. 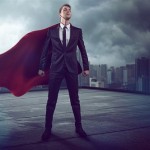 In my particular line of work, it is easy to take potshots at insurance adjusters and stereotype them as disciples of Darth Vader who combine the giddy good humor of the Syrian army with a willingness to shoot their own parents in the head if that meant underpaying on an honest claim. I know these stereotypes are easy because I do it all the time on this blog and it is great fun. But, gun to my head, I think at their core, insurance claims adjusters are no better or worse than doctors, lawyers, or Indian chiefs. Most stereotypes of professions fail.

Still, the stereotypes exist. So if I’ve been falsely accused of vandalism recently, I will take down the M-80 casings on the desk and put away my baseball bat with red paint on it because I want to make sure that any false stereotypes about me are not perpetuated or reinforced.

This quote does just the opposite. First, the arrogance is loud and clear. It has the whole “Alec Baldwin in Malice, I am the ultimate power” vibe to it. The reality, pal, is that you are not a surgeon, you are a claims adjuster.

(Look, I’m not a surgeon either, but I’m not pretending to be as important as one. A lot of lawyers do. I’m a guy that tries to get his clients as much money as possible, treat his clients well, and hope that all of that equals justice and I’m a useful cog in the circle of life. Gerry Spence said a few years ago that lawyers are the most important people in world. And I think he is nuts unless your name is Thurgood Marshall or something like that.)

The biggest problem I have with insurance claims adjusters – and defense lawyers – that this quote underscores, is that they think claims are “packed with drama, with twisted hopes and crooked dreams” and that the adjuster is a “doctor and a bloodhound…and a cop and a judge and a jury.” Too many adjusters – here’s one example – think they are all these things just by reading a patient’s medical records. I talk to a lot of clients where the adjuster could have taken advantage of settled the case without the victim hiring a lawyer, but that “my world and I know it all” mentality came through, the client sensed it, and they called a lawyer.

For those of you who say, “Geez, Ron, relax, it is just a guy pulling out a quote before an article like you did on your 11th-grade book report – it has no moral lesson,” maybe you are 100% right. It just struck me wrong after a day of dealing with adjusters.