This post was supposed to be about Medicare set-asides but I started with such a long intro about the psychology of claims adjusters that I’ll just hit the Medicare issue in a later post. (Or I’ll completely forget about it.)

To understand claims adjusters, get inside the labyrinth that is the claims adjuster’s mind. (Why labyrinth? I’m just trying to use mildly inflammatory language. I’ll stop.) Insurance claims adjusters are more Pete Rose than Barry Bonds: they get paid for singles, not home runs. The great things a claims adjuster does vanish into thin air; the mistakes live on. Ironically, plaintiffs’ lawyers operate in the exact opposite world: hit a few million-dollar verdicts in a row and everyone forgets your losses. Reason #42,353 why plaintiffs’ attorneys and insurance adjusters are the Montagues and Capulets. 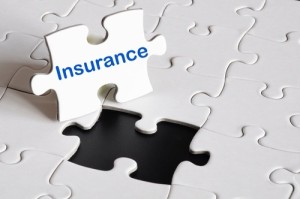 Accident lawyers have a misconception about this, thinking adjusters get hugs from the higher-ups for ripping off a plaintiffs’ lawyer in a settlement negotiation. Actually, hugs is the wrong word – they do get hugs. But mostly, that’s it. The way to make a name for yourself is not by screwing plaintiffs’ lawyers but by not screwing up yourself. Make sure everyone likes you and don’t make any mistakes. Overpaying on an accident case is not that big of a screw up: but failure to have a death certificate in the file before paying a wrongful death case? That is a federal crime in the insurance world. Under-reserving a case? That’s an aggravated felony.

Like defense lawyers trying to get a case dismissed while billing by the hour (secretly hoping to lose), insurance adjusters look at the world not merely as dollars and cents. Perfect example: if there is a $1 million dollar policy, many adjusters can sleep at night after a $999,999 verdict. But if the verdict comes back for $1,000,001, it is a whole different story. There are bad faith implications, alarms go off, and that extra $2 has meaning. (Note: this is why they push so hard for high-low arbitration agreements – you are giving up a lot of leverage when you agree to a high-low.)

What is the take-home message for accident lawyers trying to maximize the value of their case? Don’t let your case – extending the baseball metaphor – be the one that causes them to look like they hit a double play. If you have a big case, make sure you are letting them know that so they can set reserves accordingly. Don’t make them look foolish either by making the injuries out to be more serious than they are. I don’t mean you can’t puff up your case but be straight and honest about what the actual injuries are.

Why is giving adjusters a chance to set accurate reserves so important? So few lawyers understand why this matters, in large part, because we are always telling clients we have no idea what the value of their case is until we have all of their medical records (more Montague/Capulet action here). Insurance companies need to know roughly how much they owe before they really know what they owe, requiring them to carefully monitor their reserves and limit the difference between the reserves and the final settlement.

If they are reserving too much, they hold too much cash that they should invest in. This hurts profits. If you reserve too little, regulatory agencies are breathing down your neck about insolvency. I read an article once in Trial Magazine years ago that said there are more disciplinary actions taken over chronically under-reserved claims than any other performance-based issues for adjusters. Feed the monster: give them the information they need to get you the money your client deserves. (Note: I think whether you have quality lawyers who regularly try cases matters a great deal in setting reserves.)

You also need to give them all the documents they need to evaluate the case. Want more money than the adjuster’s authority? Give them something to document the file – some “new” piece of information – to justify the bump.

Paradoxically, as trite as this might be, making the claims adjuster’s life easier can help you get more money from them to settle your accident case.