KevinMD reports today an even more updated conventional wisdom, citing a study presented in the Journal of General Internal Medicine that says there is likely no correlation between a patient’s intent to bring a medical malpractice lawsuit and whether the doctor apologized. 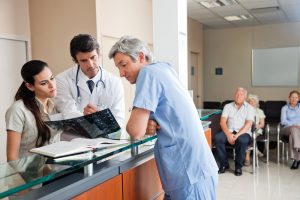 I question the study’s methodology, which relied on videos of actors pretending to be doctors with people trying to put themselves in the shoes of malpractice victims. A controlled study like this really takes the emotion out of a case and ignores the powerful dynamics of a relationship between a doctor and a patient (and the abject suffering experienced by most medical malpractice plaintiffs). You can’t believe the manufacturer in a “make-believe” study and expect meaningful data that translates to the actual world.

I suspect that apologies help, but it does not change the obvious: when you hurt someone – either in the operating room or when you bump into them on the street – apologizing is the right thing to do. This social contract we all signed should really trump whether malpractice lawsuits increase or decrease.

Update #1: A 2010 analysis of “apology” and “disclosure” laws in 34 states and D.C also underscored the major laws in these laws.    This was not exactly hard to see coming.   But what they found is that these laws discourage comprehensive disclosures and apologies.  “We predicted just this – that the ‘I’m sorry’ laws would reveal their weaknesses when put to the reality test.” says Anna C. Mastroianni, a law professor at the University of Washington Law School.

Update #2: In March 2014,  a ruling by Utah’s Court of Appeals sensibly distinguishes between physician apologies that merely express sympathy for an unacceptable outcome and those that acknowledge responsibility.  Here, the doctor said, “I’m really sorry… We messed up.”   That is a real admission, and it is insane to let a trial proceed without acknowledging the allegation that the physician made that statement.   Squaring up this distinction between full “We made a mistake” apologies and “I’m so very sorry this happened” is critical to the integrity of the judicial process.  Otherwise, you could have a case where, hypothetically, a doctor could admit on videotape that he made a mistake and then walk into the courtroom and completely deny any negligence.