The Illinois Supreme Court made big news nationally when it issued its much-awaited opinion in Lebron v. Gottlieb Memorial Hospital> yesterday, The court overturned in a 4-2 ruling the Illinois five-year-old medical malpractice cap on damages because limiting compensation for injured malpractice victims for pain and suffering violated the Illinois constitution.

Specifically, the court found that the Illinois malpractice cap violated the “separation of powers” clause because imposing a cap imposes on a decision that juries should make rather than legislatures. 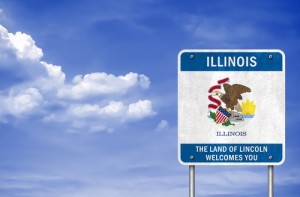 The underlying lawsuit involves a catastrophic birth injury. Plaintiff’s lawyers alleged that the negligence of the hospital, her obstetrician, and a nurse caused the infant Plaintiff’s cerebral palsy.

The appellate path taken in this case was atypical. Plaintiff sought summary judgment on whether the cap applied, which the trial court granted before they tried the case. Procedurally, this is odd, and the dissenting opinion took exception to decide this case without a verdict. I understand the dissent’s thinking on this. But the parties at least are best served to take this path because they both know how the law will be applied. This makes the case much easier to settle and settle fairly whichever direction the court takes. After the trial court’s ruling, the Defendants appealed directly to the Illinois Supreme Court.

One favorite part of the opinion for me was the way the court responded to the defendant’s argument that other states had damage caps: “That ‘everybody is doing it’ is hardly a litmus test for the constitutionality of the statute.”

The majority opinion also sharply took down Justice Lloyd Karmeier’s argument in his dissent that President Obama’s health care efforts have anything to do with the price of corn in Paraguay:

Plainly, the Obama Administration’s health-care reform efforts are not the backdrop against which we have decided the constitutionality of Public Act 94–677, and we express no opinion–favorable or otherwise–as to those efforts. Rather, our decision in this case, that Public Act 94–677 cannot stand, is based, as it must be, on the binding provisions of our state constitution and our case law interpreting the same. Although we do not expect that the members of this court will always agree as to what the law is, or how to apply the law in a given case, we do expect that our disagreements will focus on the legal issues, providing a level of discourse appropriate to the state’s highest court. The emotional and political rhetoric that peppers the dissent is ill-suited to this pursuit.

That might not be harsh words on a street corner, but that is a tough talk for a legal opinion. Not what you would likely see in Maryland.