In March, I wrote a post about failed efforts in Maryland to require DWI offenders to install an ignition interlock system in their vehicles. Specifically, the bill before the legislature this year would have required people convicted of alcohol-related offenses to only drive cars equipped with an ignition interlock system for some period. Simple premise: cars can’t start if you are not sober. My first thought is who would be opposed to this. It just makes too much sense.

Reading the Maryland State Bar Association Legislative Preview today, I found out something interesting I didn’t know: this bill passed the Maryland Senate 44-0 before getting stalled in the house judiciary committee. Okay, so no one person in the Maryland Senate thinks it is a terrible idea, but we can’t even get it to a vote in the House of Delegates?

I think the people of Maryland would be very depressed to see how the sausage is made.

This comment to my last blog post on this should be required reading for the Maryland House of Delegates Judiciary Committee: 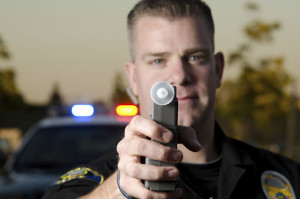 Our son died as a passenger in an alcohol-related car accident in 2002. Since then we have been trying to get a law passed for Ignition Interlock Devices in every car. State Assemblyman Felix Ortiz has been working with us and there is a bill in the NYS assembly which we are hoping will become a law some day. My husband and I also hoped that the law would be named Christopher’s Law, similar to Megan’s Law and our son would have died for something. We always believed that the technology could advance to more than blowing into a device but rather detecting blood alcohol levels through the skin; for example through a steering wheel. This shouldn’t be too difficult; the technology is already there with bracelets that detect blood alcohol levels through the skin.
You can find more information about this at our blog and our website.