This blog is directed primarily to other personal injury lawyers around the country. I try not to focus too much on issues specific to Maryland because there are not enough lawyers in Maryland to maintain a readership. Even when I’m analyzing Maryland personal injury cases, I try to make the information of use to lawyers everywhere. But my post last week on Clark Ahlers own bid to oust the sitting judges in Howard County has generated a lot of traffic, emails, and some interesting comments.

I really can’t speak much to the specifics of this race because our law firm just does not spend a lot of time in Howard County. I grew up in HoCo and love the area. I could find my way to the courthouse in my sleep. But Howard County is not a mecca for personal injury trials. Most years, you will not see a big 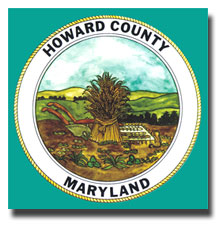 verdict in Howard County. There were 43 civil jury trials in Howard County in 2010, and I bet most of those were not accident/injury cases. If you have a tort, my hometown is low on your list of counties west of the Bay Bridge that you want to be taking to a jury.

The strange thing about an election like this is that it is not really a question of who will win, it is who will lose. Even if Ahlers wins, one of the sitting judges up for election will survive.

So who will win? Does anyone have a clue? I wonder if either of these campaigns – Ahlers or the sitting judges – already have a strong sense of who will win because they have polling data. (If you have inside information on this, please send me an email. I’m curious now.) Otherwise, although I guess this is true in a lot of local elections, no one really has much of a clue how it will turn out. I’m assuming that Ahlers is running as a Republican. (Source: just a guess. The Baltimore Sun would have explained this to us if it was still alive.) So, while all three judges will make it on the ballot, the votes in the primary will give us an idea of whether we have a race of a blowout.