Although the number of lawyers who paid their bills is probably on the downside in 2010 as more companies are looking for more ways to trim legal budget fat, lawyers who bill by the hour have been padding their bills since Emperor Claudius lifted the ban on lawyers billing over 2,000 years ago. Little known fact: Abraham Lincoln was a notorious bill padder, sometimes charging clients five times the number of hours taken to complete the task. There were scores of 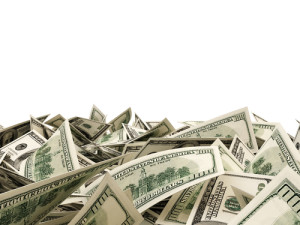 client complaints about Lincoln about his billing. (Before you pass this information along, consider the possibility that I’m completely making this up.)

Anyway, while most lawyers don’t, the fact that one lawyer was caught ridiculously padding her bills in not actually a Page 1 story. But I found the defense to the crime particularly interesting: it was the law school’s failure to teach law firm management.

The first reason this is so ridiculous is obvious. As Carolyn Elefant points out, if you can’t figure out you are not allowed to bill more than 24 hours in a day, a law school class will not set you straight.

But the whole idea of Law Firm Management as a course is an exercise in futility. You have to make believe lawyers pretend to run a make-believe law firm with make-believe problems. Students just are not going to really digest the problem. It is like suggesting the guy that won your fantasy football league three years in a row would make a great general manager.

Probably more controversially, I believe the same thing holds true with professional responsibility courses. Spotting potential conflicts and ethical issues are one of the hardest things lawyers – both plaintiffs’ lawyers and defense lawyers – have to deal with regularly. Conflict problems are like playing chess: you have to imagine six theoretical moves ahead. Some lawyers try hard to do the right thing and still screw it up. Here, the key is to screw it up as little as possible, tell everyone you should tell about the concern and chart the best course that you can.

Role-playing in a professional responsibility class will not help you make these decisions years later. The problem is both doctors and lawyers are always foolishly bitter about all the things they didn’t learn in medical school and law school. But there are only so many practical things you can learn in this life without going out there and doing them. Here is an even better real-life example that will resonate with most people: you never could have trained me to be a parent. I could have read 1,000 books on the topic and I never could have applied much of it meaningfully until I walked a mile in the shoes of a parent.