In Markevicz v. Garcia, U.S. District Judge Alexander Williams, Jr. issued an opinion reminding car accident lawyers (who did not get the memo provided by the last zillion cases on this topic) that the bar to get to a “grossly negligent act” is high.

In this case, a fire truck operator allegedly did some dumb things in what I think was an effort to get to the car accident scene. The opinion does not spell it out, but I’m assuming the fire truck ended up hitting the vehicle during the rescue. Plaintiffs’ Complaint and the driver defendant both alleged that the fire truck 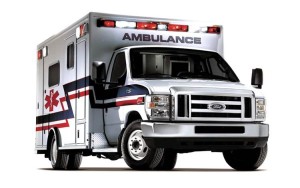 driver contributed to plaintiffs’ injuries when they drove the wrong way on the Beltway, dangerously jockeyed for position to pass through a gap in the median that was too small, and so forth.

Judge Williams said that even if true, these facts fall short of gross negligence, citing Boyer v. State for a proposition that gross negligence is inflicting injury with such indifference to “to the rights of others to the extent of acting like the victim had no rights at all.” I’m paraphrasing and I still don’t know what that means.

Still, the facts in Boyer were more extreme – a police officer alleged to be chasing a drunk driver in Mike Lowery fashion – and the Maryland Court of Appeals didn’t find that to be gross negligence/wanton and reckless disregard.

I’m pro-plaintiff but I don’t have a problem raising the bar a little for police and other emergency personnel, at least in car accident cases where the driver is trying to get to someone who is hurt or at risk. There is good public policy for this: I want my ambulance driver to be a little bold about getting to me. Immunity while chasing a drunk driver like a lunatic? That to me is bad law.

The court noted in a footnote that while it would not have made a difference anyway, the defendant driver’s claim that the fire truck driver failed to activate sirens or emergency lights was contradicted by DriveCam footage of the accident. Oops. Let’s just say I expect that defendant will stipulate to liability in the case. His credibility is now shot.