Obviously, emails are hearsay evidence that are admissible at trial.  Donati v. State is a criminal case that teaches us a lesson in how to get an email into evidence at trial.

Emails are admissible in court.  You just have to know what the law requires to admit emails into evidence.  In medical malpractice and product liability cases, this is something you often need to do. This case shows us how to present an email at trial and get it into evidence.

The Facts of Donati v. State

If I will have to read a criminal case, I want some whacked-out facts to keep me interested.  This case delivers.  And this example helps explain how to get emails authenticated and in evidence.

The defendant developed a grudge against a particular bar and bar owner after he was forcibly removed from the premises.  Over the course of the next few months, he exchanged various threatening emails with the bar owner and his staff from a variety of different email addresses. 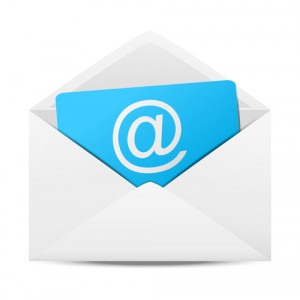 The defendant, not content to stop there, also began sending emails to the Montgomery County Police Department alerting them to “narcotics activity” at the bar.  It is worth mentioning, I guess, that the police found no evidence of this alleged narcotics activity but who knows how hard they looked.  The emails to the police department were also sent from several email addresses.  [Memo to self:  create phony email addresses to send hate mail to anyone who posts a nasty comment on this blog.]

As the tips continued to prove fruitless, the emails became increasingly bizarre The police became suspicious and made the connection that these emails were likely being written by the same person.  Following up on these and other marijuana-related suspicions – which I have no idea how they got –  the police arrested the defendant.  At his home, police found dozens of email addresses written on sheets of paper, many of which matched the email addresses used to communicate false information to the police and threats to the bar owner.  That’s hard evidence to run from, right?

He was convicted of marijuana-related offenses and fifteen counts of email harassment and the providing of false statements. He appealed his conviction based on, among other things, the trial court’s failure to authenticate the emails he sent back and forth with the police. In denying his appeal, the Maryland Court of Special Appeals dealt for the first time with the proper means of authenticating an email document for admission in court.

The prosecution’s problem was a genuine one.  How do you get the emails authenticated?  Defendant claimed that the prosecution did not do what it had to do to allow the jury to consider, and convict in this case, the emails.

There are many paths to authenticate e-mails. It can be as easy as getting the witness who received the email to testify that the printed email was received.  Emails also usually show the source so authentication can be done just like U.S. Mail can be authenticated.  There are is also the business record exception. So, on its face, this is not a big deal.

But the problem is emails are so easy to fake, right? Unlike medical records, email authentication is a real thing because it can be tampered with so easily.  The Maryland Court of Appeals has underscored this concern, warning that trial judges should be especially wary of admitting evidence of modern means of communication and social media, which may be readily fabricated. Some think our courts have set the bar a little too high.

The Court’s Ruling on Email Authentication and Admissibility

The court underscored that emails are admissible in court but the question was whether the proper authentication and admission procedures were used in this case. In addressing this issue, the court cited cases idealing with the proper procedure for authentication of text messages. The admitted a lack of precedent on authenticating email communications.  But it really is the same idea.

The court started from the premise that the list of methods in Maryland Rule 9-501(b), which controls authentication of documents, is not exhaustive, and therefore methods not listed may be appropriate for use in authenticating email.  The court cited to Lorraine v. Markel Am. Ins. Co., a Maryland federal case, for the proposition that e-mail messages may be authenticated by either (1) direct evidence or (2) circumstantial evidence.

Are Emails Admissible in Court?

Emails are admissible in court. The key is laying the foundation to admit the emails into evidence at trial.

How to Present Email Evidence in Court 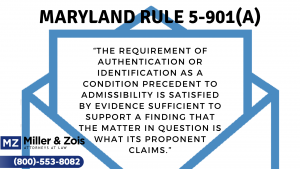 When direct evidence is unavailable to establish the authenticity of an email, circumstantial evidence may be used.  Examples of circumstantial evidence that may be used by the court in authenticating emails include the sender’s IP address, the contents of the e-mail  (i.e. do they contain information that only the alleged sender would possess?), the use of names or nicknames,  and any other identifying factors that could link an e-mail address to a certain person as to its sender or author.

The piece of circumstantial evidence that doomed Defendant and authenticated the e-mails as being written by him was the paper found in his house with the various email addresses recorded on it, some of which were used to communicate lies to the police and threats to the bar owner.

When coupled with the fact that the e-mails all covered the same subject, were written in the same tone, written during the same time period, and that Mr. Donati often followed up his e-mails with phone calls, all circumstantially authenticated the e-mails in the eyes of the court as being authored by Mr. Donati.

Combined with the direct evidence provided by the police officers as to the authenticity of their half of the electronic communications, the court found sufficient grounds to uphold the authentication of the e-mails by the trial court.

Other Email Evidentiary Issues of Note

I could not work these into the post, but here are more nuggets from this case.

One other point I think is critical.  If you are trying to admit emails in a civil case and you are worried it might be an issue, send requests for admission for authentication.  If you wait until trial and there are complications, you are just asking for trouble.