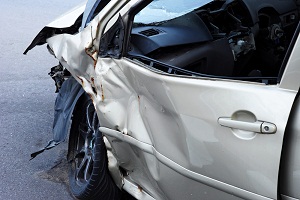 Newsday reported on Sunday that a young victim killed in a drunk driving accident, seventeen-year-old Donny Ray Harris Jr., will be the first drunken driving victim in the state of Georgia remembered with an official highway marker, erected under recent state law governor Sonny Perdue signed just 13 days before the fatal car crash. Georgia is among a growing number of states that give official status to landmarks of fatal drunk driving accidents. The markers will be put up for five years and will read “In Memory Of,” followed by the accident victim’s name and “DUI Victim.”

This is something I wish Maryland would adopt. All drunk-driving-related injuries and deaths are preventable. Sure, as long as there are alcohol and cars, trucks, and motorcycles, there will be drunk driving deaths. Some people could watch videos all day long of the horrors of drunk driving accidents, still drink a six-pack, and blithely jump behind the wheel. But there are many drunk driving fatalities caused by otherwise decent people doing an awful thing. These are the people that education – reminders of the tragedy a single drunk driving mistake can mean to them, their families, and their innocent victims – can change behaviors and save lives and human suffering.  When they see video footage of cars were in fatal accidents like we talk about below and roadside memorials, they will consider how awful the consequences can be.

Updating this blog post in 2017, not every agrees.  There has been a push in some communities to ban any roadside memorials. Some states, including  Colorado, Indiana, Montana, North Carolina, North Dakota, Oregon, and Wisconsin have an outright ban on these memorials. Some people believe they distract drivers and some are offended by religious symbols on public highways (highlighted by the new 4th Circuit opinion on the Peace Cross). I just think the more we think about the effects of distracted, drugged, and dangerous driving, the more lives we can safe. We lose a stadium full of Americans every year in car accidents. Anything we can reasonably do to lower that number, I’m in favor of exploring.

Many schools display cars before prom and homecoming involved in fatal car accidents.  Sometimes the cars still show the blood and debris from the crash.

The idea is to raise awareness — consciousness is probably a better word – and the dangers of drunken driving, especially during this prom, homecoming, and graduation season.  The wreckage is a stark reminder of the critical injuries and deaths that come from getting behind the wheel after drinking alcohol.  The message to young people is clear: drive slowly, safely, and sober, and you can avoid the fate of the occupants of that vehicle.