I have an unbelievably tragic wrongful death car accident case. A very good man with an unbelievably good family – here’s a clue: they were/are very concerned about injuries sustained by the man that caused the car accident – was rear-ended by another car at a high rate of speed in Prince George’s County. 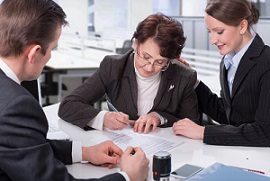 GEICO Sees Claims Different Than I Do

At first, liability was in serious question. The police report took forever. But, ultimately, the Prince George’s County Police got it right to where it would be virtually impossible to contend otherwise. Liability is clear.

The defendant has a minimum limits policy with Allstate. The decedent and his wife had a $300,000 underinsured motorist policy with GEICO that, while better than most personal car insurance policies, is still awful. GEICO wants us to jump through every single hoop: death certificate, medical records after the accident, and so forth. I’m cool with that, actually. GEICO has auditors, and they have to answer for the details of their file. I’m more than happy to do my job.

So I talk to the GEICO claims adjuster yesterday- who is a good claims adjuster and otherwise a nice person (and someone I’m still dealing with in 2019) – who throws out a “So, ultimately, what do you think this case should settle for?”

Bracketing for just a second how insulting it is to think I might fall for this, I’m wondering: what if I had said, “I think it is worth $200,000.” Does the adjuster then extend a settlement offer – to its own policyholder – a value of the case that is certainly far less than it is worth?

That question is boring. GEICO does that in a second. Let’s ask a better question: What would Warren Buffett do?”

I feel like I know Warren pretty well. Sure, we have never met. But I’ve seen at least 10 hours of interviews with the man. That puts him in the top 500 people I know best. Last time he was doing interviews with Becky Quick on CNBC, I hit pause and told my wife what he would say. I came close.

(If you have evidence that I’m wrong about this, keep it to yourself. I really think Warren Buffett is a good man.)

Again, again this is not a third party tortfeasor case. If Allstate wants to jerk me around – which they did for a while because I think its claims adjusters’ have to meet their jerk plaintiffs’ lawyers around quota – I’m fine with that. They have no obligation to this family. This is why we have lawsuits and lawyers. But GEICO has a very different obligation to the family in this case. It is not a fiduciary. But is close enough where offering less than the limits is just plain wrong.