I settled a case with GEICO. They send me – personally – a Hold Harmless and Indemnification Agreement holding them harmless from any claims for medical liens, medical bills, and pretty much any claim that could be brought of any kind before they will send out a settlement check. My client and I are on the release. But there is just one signature line. 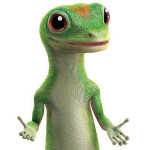 I told the adjuster, “Look, we already settled the case. Now you are putting conditions on a new party, namely me. That seems reasonable enough. But are you willing personally to throw $100 into the settlement yourself? That is my new condition.”

I thought this was funny and illustrative. The GEICO claims adjuster? Less so. Instead, he rolls off a list of lawyers who have signed this hold harmless agreement. Literally, it was like a who’s who list of “prolific” Maryland tort attorneys, most advertisers, who have been around forever and I believe have never tried a serious personal injury case in their lives. Just funny he would be name dropping those lawyers.

So the GEICO claims adjuster puts me on hold for a few minutes and comes back and says his supervisor says it is okay.

… While I’m piling on GEICO, my next call after this one was with a claims adjuster from Nationwide. A crazy case where State Farm made an offer to settle the uninsured motorist case and then we found coverage for the driver that caused the accident provided by a policy of insurance with Nationwide.

So, I have the weird situation of having a case in which both State Farm and Nationwide have both made an offer. Turns out, Nationwide’s offer is over 20% less. I was beating down the Nationwide claims adjuster, mocking her that even State Farm was more reasonable than Nationwide (all partially in jest, I like the adjuster). She made some crack about GEICO being even worse. So even Nationwide thinks GEICO is unreasonable.

While I’m slamming GEICO, it is important to note that I think it is a great company for everything except trying to settle car accident cases. I had them for years and I always liked GEICO. I even owned Berkshire Hathaway until this whole David Sokol mess (selling that has been the right move so far — 2019 update: I have regrets!).

I like most of their adjusters. I just hate their 2019 business model. I call it making accident lawyers file lawsuits.  As I say in the video above, we need to file almost all of our serious injury GEICO claims.

I’m not saying it is a bad business decision. I’ll defer to Warren Buffett on how to run a business. But as a plaintiffs’ lawyer, I just don’t like it.