I have a serious injury case with GEICO. Unfortunately, GEICO only has a $100,000/$300,000 policy and no underinsured coverage (and no evidence the defendant has meaningful assets). GEICO did the right thing and offered the policy. It is a shame, but that is the way it is in many traffic collision cases. Your claim is only as good as the defendant’s ability to pay and the insurance limits in the case. The best lawyer in the world can’t change that. 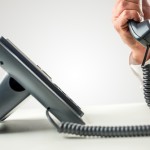 The plaintiff is a mom who had her young son in the car with her. The boy received treatment for minor injuries, but he suffered an impressive deal of trauma from witnessing what his mother endured. The son is fine now, and his mom is grateful. The client demanded $4,000 to settle her son’s claim.

This was first relayed to the GEICO rep by one paralegal to her calling to accept the policy limit’s offer for the child’s mother. The GEICO adjuster berated the paralegal, explaining Maryland law and how judges and juries operate. I called him today. Fighting hard for you, my readers, I repeatedly sought permission to record the call. They state they are recording our calls for “quality assurance”, yet the adjuster specifically denied this. Alas, I could not get any such permission.

Apparently, according to this GEICO adjuster, Maryland law states you cannot recover damages for pain and suffering from being in the zone of damage of your mother’s injuries unless (1) a bone is sticking out and (2) lots of people are witnesses to the pain and suffering. It was like arguing with an eight-year-old. I think I acted like a 16-year-old in response but the conversation literally brought back bad memories of stupid fights with one of my sisters (who, in an unrelated story, is a defense lawyer). It is impossible to argue with someone who takes a strong position with absolutely no idea what they are talking about.

Many lawyers get outraged by low offers from insurance claims adjusters. Really outraged. My rule is to never take personally how an insurance adjuster values a case. Claims adjusters are entitled to value a case however they want. This is why we have judges and juries. But while they are entitled to their own opinion, I admit I can become unhinged – as I almost did today – when an insurance adjuster claims entitlement to their own facts or, in this case, their own law.

To be clear, this is not an argument about value. If you think zone of danger cases have little value where the injuries are serious but not catastrophic, I’m fine with that. But… I just wish I had a recording of the conversation.

Some insurance companies have predominantly awful adjusters. Some insurance companies have very good claims adjusters. We used to joke in college that at this TGIF we went to, all the waitresses were beautiful or ugly. I feel the same way about GEICO adjusters. They seem to be really good or really bad. (If you are a GEICO adjuster and you are reading this, you were nodding your head during that last sentence. Admit it.)