I have been writing a bit lately about Metro Verdicts Monthly Verdicts. There really is a wealth of information in this publication. 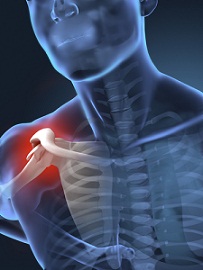 Every month, on the cover of Metro Verdicts, is a graph comparing settlement amounts in different regions or distinct types of injuries. This month, they had a fascinating graph comparing fractured shoulder injury verdicts and settlements in Maryland and Virginia since 1987, omitting defense verdicts. The average fractured shoulder verdict or settlement in Maryland was $154,800 whereas, in Virginia, it was only $52,500. This is a remarkable disparity. If you have a choice over the venue – not common, but it happens – it would seem that a smart lawyer with a client with a shoulder injury would choose Maryland. In reality, it is probably more complicated than that and would depend on the injury, the client, and what county in Maryland would have an appropriate venue for the lawsuit. While I love verdict data, all of it is suspect and should be just a weapon in the arsenal of a lawyer trying to figure out the value of a tort case.

The most common of these injuries we see in motor vehicle accident cases is a fractured humerus, which is your upper arm bone that sits between your shoulder and elbow.  We also see fractured collarbones and shoulder blades. I’m not sure precisely why, but you see many shoulder blade fractures in motorcycle accidents. A lot of our clients can get some measure of relief from these injuries by wearing a sling or brace.  But in our more serious accident cases, fixation surgery is necessary to correct the break.  In terms of injury severity, this is a whole new ballgame. This is just a tough injury from which to recover.  Rarely does anyone who suffers from those fractures — whether it be in a car accident or a football game — recover easily and quickly.   Victims often struggle after shoulder fracture, separation, or dislocation for months and even years after the injury.  If the injury was not severe, there is rapid improvement and return of function after the first 4 to 6 weeks. Shoulder exercises, usually as part of a supervised physical therapy program, are usually necessary. Exercises decrease stiffness, improve range of motion, and help the patient regain muscle strength.

Rotator cuff injuries are distinct.    We see a lot of full-thickness tears that are very serious injuries.  From a value of the case standpoint, they should be viewed differently.  You can find information on rotator cuff settlements and verdicts here.

There are not a lot of recent settlements and verdicts available.  We need to go back and pull some of our cases to add in some local cases.  But I have listed below a list of sample verdicts and settlements outside of Maryland.  Do these guarantee that your similar sounding case — or even better — will get the same result?  No. There is no predictive value to comparable cases because there are too many other factors to consider, most notably, the venue and the client themselves.   Still, this gives you some flavor in your quest to narrow down at least a reasonable range of settlements or jury verdicts for your own case.

Hiring a Lawyer for Your Case

Our lawyers have gotten millions of dollars in verdicts and settlements in shoulder injury Maryland tort cases.  If you have a potential claim, call us and see if we can help you maximize the value of your case.  You can reach me and my law firm at 410-779-4600, you can email me at ronmiller@millerandzois.com, or you can fill out this contact form.