Thibodeaux v. Trahan: Like most personal injury lawyers, I have been hit with post-trial remitter motions from defense attorneys claiming that the jury’s verdict was unreasonably high. But no plaintiff’s lawyer is silly enough to file a post-trial motion for additur to raise the verdict because it will never work. I think federal law prohibits additur in federal court jury awards. Someone forgot to tell the Plaintiff’s lawyer in this rear-end accident bus case in Louisiana who appealed the trial court’s failure to award future pain and suffering. The appellate court changed not only the comparative negligence allocation but also increased the plaintiff’s damages, finding that the trial court failed to award enough damages. 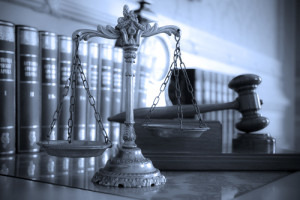 Crazy, right? The facts were unique. This was a bench trial where the trial judge specifically found that the Plaintiff will need future surgery for her knee but did not award damages. Juries, I guess, get a pass on inconsistencies in their verdicts because it could result from compromise. But a trial judge deciding damages cannot form a compromise in her own mind and has to make an award consistent with the court’s findings. (Actually, I read this malpractice opinion that was decided last Thursday that makes a similar point.)

Louisiana law allows the appellate court to increase the award to the lowest amount reasonably within the trier of fact’s discretion. I don’t think Maryland law prohibits additur but there is no recorded case in Maryland where the trial court increased a damage award. I don’t know why, if we have remitter we should have additur under Goose v. Gander.

Plaintiff’s hand injury occurred on a construction site while operating a $179 Ryobi Model BTS15 benchtop table saw bought at Home Depot. While cutting a piece of wood, the Plaintiff’s left hand slipped and went into the saw’s blade.

Plaintiff’s attorney put up a witness at trial who invented a device that allows a table saw to sense when the blade comes into contact with the user’s body and stops the blade from spinning. This is very cool. But none of the major table saw manufacturers bought the invention.

Plaintiff’s theory why? Basically, an Oliver Stone-ian conspiracy theory that the manufacturers’ failure to incorporate this invention is because of a collective understanding that if any of them adopts the technology, then the others will face heightened liability exposure for not following suit.

Honestly, I’m not sure that entirely even makes sense and I really doubt that happened. The messenger is suspect, too: the guy who failed to sell table saw manufacturers on his technology.

But the larger question is, regardless of why the technology has not been adopted, whether there was a reasonable alternative design available and whether the table saw was unreasonably dangerous. The 1st Circuit found that this is a question for the jury.

Royal Capital Development v. Maryland Casualty: The 11th Circuit certified a question to the Georgia Supreme Court regarding a question that any lawyer handling a property damage case would find interesting: whether coverage extends to compensation for an insured’s building’s diminution in value resulting from stigma because of the building’s physical damage. Same deal with cars: the repairs are done, but the car carries a scarlet letter “C” (for “crash”, of course) on the CarFax report when the victim tries to sell the car. So this Georgia case is basically a diminished value claim.

The case is interesting to me because I’m talking to people all the time who have been in car accidents and are furious about how the company treated them on the property damage claim. Insurance companies know they can steamroll property damage claims because the juice is not worth the squeeze for accident lawyers to get involved in the case. Of course, the game changes when we are talking about a commercial office building.

Dupree v. Louisiana Medical Mutual: This case involves the tragic wrongful death medical malpractice claim brought after the death of a newborn child. I can’t speak to the merits but let’s throw out the one bit of evidence the jury won’t hear: the doctor has other malpractice claims pending against him, he no longer practices medicine, and he is in bankruptcy. (I don’t know about you. I’m willing to put two and two together.)

Anyway, the trial court granted summary judgment for the defendant insurance company (some quirk of Louisiana law has the malpractice insurer as the defendant) because Plaintiff did not timely name an expert. In Maryland, this will be hard to overturn because it is usually considered within the trial court’s discretion to elevate form over substance, even when it is a bad idea. Louisiana also gives great deference to the trial courts but stopped short of letting a deadline like this kill a wrongful death case on behalf of an infant:

“The trial court first erred in failing to grant plaintiffs’ request for a ten-day extension of time in which to file an expert affidavit in opposition to the motion for summary judgment. Additionally, the trial court should have… accept[ed] into evidence the affidavit of [plaintiff’s expert]. Due consideration of the affidavit requires reversal of summary judgment, as we find genuine issues of material fact which must be decided after trial on the merits. Our findings are based on the specific facts of this case. We by no means intend to condone or legitimize the actions of plaintiffs’ counsel in failing to timely file an expert affidavit. We reach our decision herein after careful consideration of the facts, the law, and the procedural record before us. Rare is the case where we find an abuse of the trial court’s great discretion. This instance is indeed one of rarity.”

This ruling surprises me, but I think it is the right call.