Let’s say Barack Obama takes a strong position on medical malpractice caps and puts his weight behind a bill to eliminate malpractice and other damage caps in all 50 states. 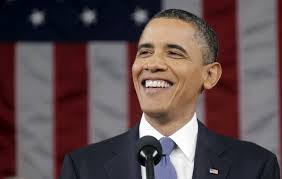 This would be a huge windfall for our practice. But I would oppose this legislation. Why? Because such a law would be a ridiculous intrusion into the affairs of the States by the federal government. The federal government has no business telling the states they cannot have caps on damages. (I think caps violate state constitutions because they are a legislative intrusion on the separation of powers every state has in its constitution. But that is a different blog post.)

How can tort reform advocates – who are almost to a person far more ‘States rights, get government out of our lives” than I will ever be – support this unprecedented intrusion of caps on damages in medical malpractice cases via a health reform bill? It is because most tort reformers have a world view: lawsuits are bad, caps are good. They will push for this goal by all means necessary, including shedding inconvenient authentic core values.