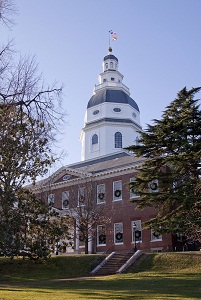 The Baltimore Sun reported the implementation of an ordered procedural change for a nonfunctioning traffic light after two teenagers were killed in an auto accident in Columbia, Maryland. Howard County police are now requiring officers to stay at nonfunctioning signals until they are fixed or until a stop sign or another temporary device is taken to the scene. Howard County is also testing a battery backup system for traffic lights to control the danger of faulty traffic lights.

This was an awful tragedy. If the county made a mistake in either failing to maintain the light or in taking the proper precautions after the light malfunctions in this case or a similar case, they may be amenable to suit. The courts addressed this issue in Montgomery County v. Voorhees, 86 Md. App. 294 (1991). Here, Montgomery County’s attorneys argued that it was immune from suit stemming from an auto accident at Route 29 and Fairland Road under the doctrine of sovereign immunity, and even if it was not immune from suit, the planning, designing, and timing of the traffic light was not the proximate cause of the accident. The Court of Special Appeals found that operating traffic lights was a governmental act not covered by sovereign immunity and that a reasonable jury could have concluded, as it did, Montgomery County was the sole proximate cause of the accident. Unfortunately, a bit of quick research that I did on this issue shows that Florida courts appear to disagree, finding that even when a municipality is negligent in disabling or failing to repair a traffic light, there was no liability even in the absence of negligence by the driver.

Is there a potential wrongful death lawsuit against Howard County based on these facts?  I think we have to know more about the facts of the case and what the officers at the scene knew.

On October 1, 2012, a new Maryland traffic law went into effect that mandates that all drivers “Stop, Yield and then Proceed with Caution” when they encounter a non-functioning traffic signal. Under this recent law, motorists approaching a non-functioning traffic light must stop completely at a marked stop line or before they enter a crosswalk or intersection. After stopping, drivers must yield to any vehicles already in the intersection or, as always, pedestrians in the crosswalk. Only after it is safe is the driver permitted to drive through the intersection.  Violaters of this recent law are subject to a $90 fine and two points on their license. These penalties increase to $130 and three points if the infraction leads to a car crash.

This law changes the old law that required motorists approaching a non-functioning signal at the same time as another driver to yield the right-of-way to the vehicle on the immediate right. However, drivers should remain alert to the intentions of other drivers in the intersection as it is safer to let an impatient driver go through than risk a collision.

This recent law trumps the Maryland Boulevard Rule because it revokes the privileges of the favored driver when the traffic light is not functioning.