One thing I like about David Ball’s “Damages 3” is his willingness to talk about tough issues that personal injury lawyers deal with but no one really talks about in polite conversation much less in a trial advocacy book.

In his book, Ball writes about attacking stereotypes head-on with juries. Although things are changing a bit in recent years (like him or hate him, Doug Christie is a part of the solution), discrimination against fat people is one of the few remaining politically acceptable outposts for bigotry and discrimination. Ball says that jurors particularly associate fat people with being lazy, greedy, sloppy, and worse. Ball does not say this but let’s face another fact: people are harder on fat women than they are on fat men. 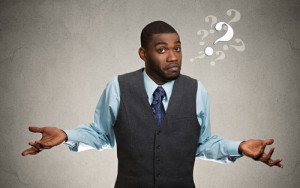 Are these stereotypes ridiculous? Of course. It is criminally ridiculous. But trial lawyers don’t have the luxury of climbing above the fray on our high horses. Lawyers have to take their juries as they find them and live in the real world. In our real world as plaintiffs’ lawyers, we are required to give jurors the facts they need to conclude that the plaintiffs deserve the compensation we believe they are entitled to.

Personal injury lawyers instinctively know this. So many of us counter this groundless assumption with the empty and the trite. “She’s was always on the go” or “She had barrels of energy” is the testimony often elicited.

But Ball says we have to do more and the platitudes cause more harm than good. Instead, the best plaintiffs’ lawyers confront the stereotype with specific examples of how and why the plaintiff does not fall into the “fat and lazy” stereotype. It is hardly an impossible hill to climb. We all know people who are overweight and worker harder than James Brown ever did. It is probably easier to beat than some racial or religious stereotypes. But the point is, you have to fight it.

Ball also points out that this is the one time not to lay all of your cards on the table a la Rick Friedman in Polarizing the Case. He says to fight the stereotype in the margins, not by telling the jury “Hey, this woman does not fall into that lazy, fat person stereotype.” Instead, just show them all the details in color of the characteristics your injured plaintiff has that contradict the stereotype.

Ball also addresses a more noxious problem: the stinky client. I can say that I have never tried a case with a client that smells bad. If you have that problem, address it tactically but head-on with the client. I’ll tell you, that is a tough conversation to have. I hope never to be crossing that bridge.