The median legal false arrest/imprisonment verdict or settlement in Washington D.C. was $25,000.00. Virginia and Maryland have slightly higher median settlements/verdicts of $26,000.00 and $29,000.00, respectively.

While I love these graphs, I wish Metro Verdicts Monthly would provide a little more information. I’m not sure if this number only involves police officer false imprisonment cases or also includes non-police cases where, for example, a department store detains someone wrongfully accused of shoplifting. If I were a juror, I would give a larger award against an overzealous Wal-Mart or Target employee than I would a police officer trying to do his/her job in good faith, albeit negligently. 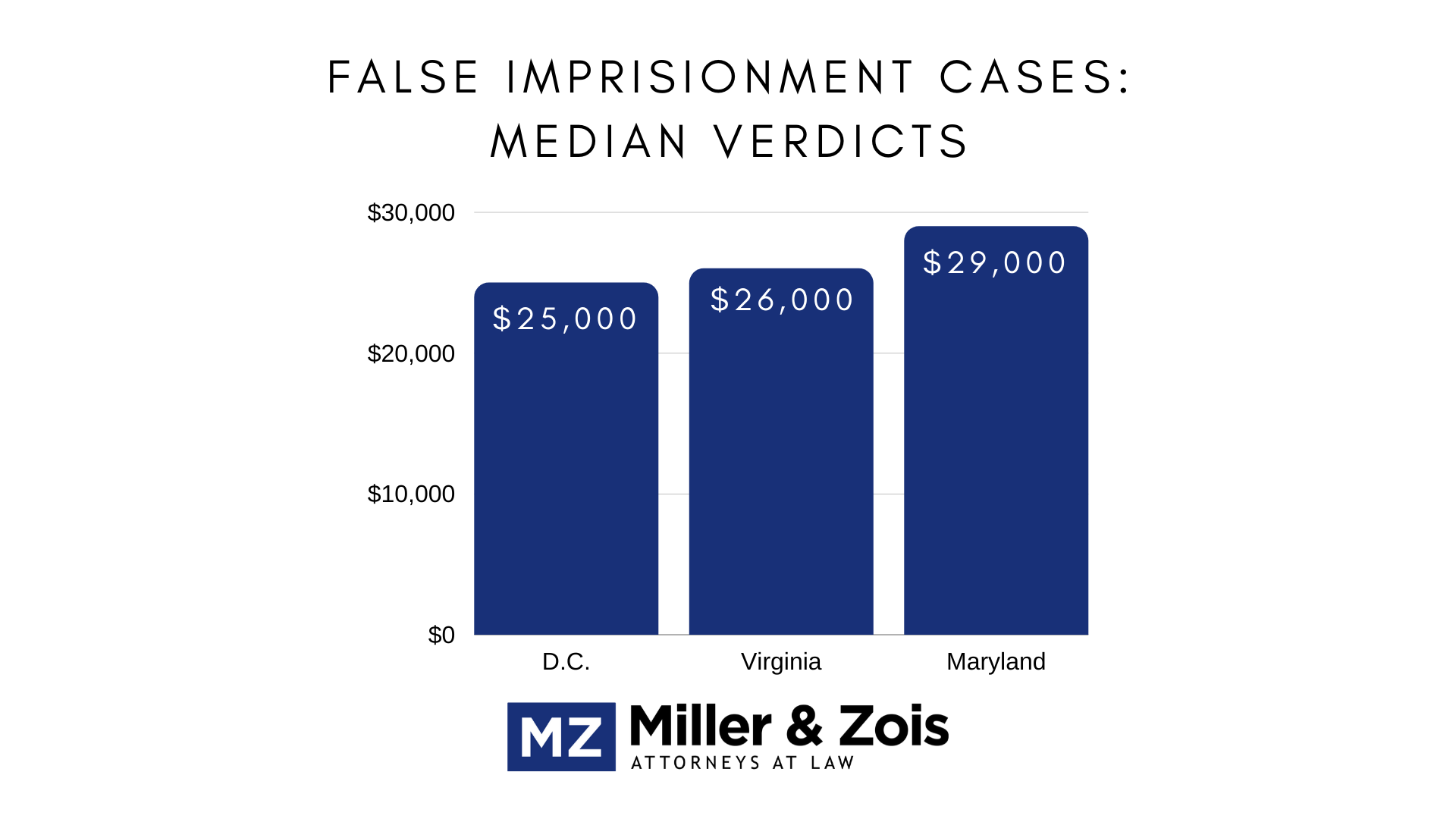