The Drug and Device Law Blog writes a good post on a recent Facebook discovery opinion, arguing in favor of making Facebook posts, ostensibly intended only for your “friends”, discoverable:

We might have responded: C’mon, Dude, everyone knows that what you tell or write your friends may come out some day. You knew that when your best bro told everybody about that problem in your nether regions. And when your teacher intercepted the note you passed in class, you never would have thought to object on privilege grounds before she read it to the class. Nor could you do anything when the cops squeezed your roommate and he 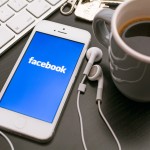 First, I wonder if the Drug and Device Law Blog is suggesting discovery should just be produced or reviewed in camera by the court. The blog has argued forcefully for liberal designation of confidentiality for discovery documents. But Facebook posts that could embarrass and humiliate and be used completely out of context? Let’s all look at those. We should be sensitive to huge multinational drug companies, but let’s just rifle through the little man’s private life. Somewhere, Michele Bachmann is smiling, and she does not know why.

I also find it unfortunate that the judge seems to argue in his opinion that the evidence that has opened the door to this intrusion is that the Plaintiff admitted in the public portion of her Facebook that she went to a NASCAR race and went fishing. Should some foundation be laid first that she claimed she could never go to a car race or go fishing? People with catastrophic injuries can do these things.

Slight digression: I once had a large case go to mediation and the defense attorney showed up with surveillance video. I became instantly depressed. Inconsolable really. After about 15 minutes but before we started, I got the guts to ask what was on the tape. Well, the Plaintiff admitted she tried white water rafting in her deposition (but couldn’t really do it without great pain.) The surveillance video was of the rapids. No client, just the rapids. Hysterical. I told the judge in my opening statement the tape was of the rapids. When the defendant’s lawyer went to play the tape the judge/mediator waved him off. “I get it, I know what white water rafting rapids look like,” he said. The case settled. Reading this paragraph, it does not read as funny as it was to me. You had to be there.

Interestingly, the court’s order was for the Plaintiff to give the defendants’ attorneys read-only access to the plaintiff’s accounts. The plaintiff’s user names and passwords were not to be divulged to the defendants themselves. I would not understand how to give out “read only” access to a Facebook account.

If Facebook discovery is fair game, how about sales reps for drug and device companies? I’d love to hear what they were saying about Reglan, Yaz, DePuy, and the like when they were selling these products. I bet they have friends that are fellow sales reps and have talked about their jobs to their Facebook friends. Let’s rummage through their Facebook entries. I assume the Drug and Device Law Blog agrees that what is good for the goose is good for the gander.

The court’s ruling also applies to My Space. I didn’t mention that because I forgot it still exists. My Space is so 2008.