The Legal Intelligencer has a pretty comprehensive article about how to frustrate, annoy, and pry into a plaintiff’s Facebook activity.

In a malpractice or car accident case, the primary purpose of Facebook discovery is to show that the plaintiff is not as injured as claimed in the lawsuit or in discovery. If you put up a picture of yourself skydiving on Facebook, you can go back to work.   This is an extreme example.  If you are lying about your claim and you are not my client, your case deserves to go up in a heap of flames, right?  But there is a lot of stuff that people post that is seemingly inconsistent with their case that might be misleading.  You just do not want to put yourself in that spot. 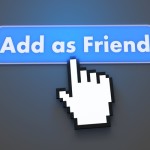 Still, putting your physical condition at issue in a lawsuit should not be carte blanche into communications that are usually intended to be private to a relatively small group of people. This Legal Intelligencer article does not even suggest that defense counsel do anything but go all-in with the “big guns.” The article does not caution lawyers to argue reasons the otherwise private information is relevant and does not suggest narrowly tailored requests. Instead, this attorney suggests a raw fishing expedition which I don’t think a lot of courts will allow.

I’m not unmindful of the fact that the discovery of Facebook information can lead to relevant and admissible evidence. But in how many cases and at what cost? Maryland courts are, as we learned again in Falik v. Hornage, looking to balance the witness’s privacy interests against the opposing counsel’s right to discover information that could lead to admissible evidence. Does anyone think we should be able to get discovery on an expert witness’s Facebook page on the off-chance there is a photo of the expert drinking tequila with a State Farm in-house lawyer in Cancun? Of course not. There has to be some compelling reason to grant access to someone’s personal Facebook account beyond the filing of a lawsuit and a claim of injury.