My position has long been that speed and red light cameras at least probably save lives. Why? I’ve painstakingly dug through the research, analyzed the underlying data, and made a thoughtful and informed conclusion. 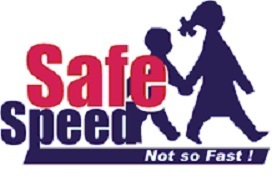 Okay, that didn’t happen. What I read instead was a newspaper article on a study by the Insurance Institute for Highway Safety that found that traffic deaths at speed and red light intersections dropped by 26 percent. So I concluded from this that the study was unbiased (probably because the IIHS has a reliable sounding name) and took the leap of faith that all cameras must be good.

Could this be flawed logic? Of course, But this is the way the sausage gets made for all of us when we are just coming up with a random opinion where our final decision really does not matter to anyone. We all do it.

So I really don’t know the answer. But I know that public support for these cameras is now being held together with Scotch tape and the magic of children’s laughter. Why? Because everyone has inspected the studies? Get serious. The contractors who run these cameras – and the systems designed to compensate them – are fatally flawed.  The latest? A contractor in Baltimore began operating the city’s speed camera program at the beginning of the year and has already sent out 590 bad tickets issued in Baltimore. The same contractor issued another 800 incorrect tickets to Hagerstown and 664 tickets Greenbelt. Why? Because the company could not comply with Maryland law that the cameras be calibrated and inspected once a year.

Seriously? Who hired these people? “Gee, you are doing a heck of a job in Hagerstown and Greenbelt, Brownie. Come to Baltimore and apply your magic here.”

I lean to the left on targeted government involvement to improve our lives. But those Reagan small government people have a point.

All this stuff leads the people of Maryland to ignore whether these cameras save lives – hopefully using a more careful analysis than mine – and focus on injustice and irritation of getting a ticket when you did nothing wrong.

I have continued to follow this story with significant interest. Here are some news stories of interest in this controversy over red light and speed cameras: