If you want to file a medical malpractice claim in Maryland, jump through 1,000 hoops and, if you skip even one, it might be fatal to your case. In Heavenly Days Crematorium v. Harris Smariga, we look at the loops and the hoops you have to jump through to sue an engineer, architect, or land surveyor in Maryland. It is not 1,000 hoops. But it is plenty.This case begins with a statement of fundamental tort law. I would rather have it begin with an inside look at how Heavenly Days Crematorium was named. 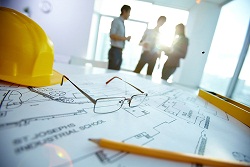 Anyway, Heavenly Days, a pet crematorium, wanted to relocate from Rockville to Urbana to operate in conjunction with a veterinary hospital and kennel. It needed to build a new crematorium on the property, and Heavenly Days went about obtaining all the necessary permits to build a 40’ x 80’ building near the vet hospital. Heavenly Days hired a lawyer and retained an engineering and planning firm in Frederick (which I will call “HSA”).

Heavenly Days worked primarily with one contact at HSA, a Ms. Mayo, although it is unclear exactly what position she held. She submitted the site plan to the county to obtain the necessary building permits. The first plan that was submitted, and approved in January 2005, contained a mistake in the written description of the structure. Heavenly Days wanted a 40’ x 80’ structure, but the approved building plans showed that a 40’ x 30’ structure would be built. When Heavenly Days realized the mistake, it asked Ms. Mayo to correct it. As you might suspect, she never did.

When it was given approval for the structure, Heavenly Days was given a deadline of January 19, 2007 to begin construction which came with a onetime, six-month extension if that two-year deadline could not be met. The extension request was required to be made in writing to the Planning Commission at least one month before the deadline.

After this conditional approval was granted, Heavenly Days decided it wanted to enlarge the building dimensions to 40’ x 100’ and move its location on the property. Heavenly Days asked Ms. Mayo to (1) fix the mistake in the original plan, and (2) submit a revised plan with the new location and new dimensions. Unfortunately, the revised plan, submitted in August 2005, did neither of these things.

The following sequence of events is best understood in a timeline fashion:

HSA moves to dismiss the case because Heavenly Days did not file a certificate pursuant to CJ §3-2C-02. This statute provides that when you sue a “licensed professional” for professional negligence, you are required to file a Certificate of Qualified Expert within ninety days after the filing of the complaint, and the qualified expert is required to attest that the licensed professional failed to act in accordance with the required standard of care. This requirement is pretty much analogous to the certificate required in medical malpractice claims.

Here’s the hitch in this case: the only individual named in Heavenly Days’ complaint is Ms. Mayo, and HSA concedes that Ms. Mayo does not fall into one of the above-mentioned categories of “licensed professional.”
The trial court and the Court of Special Appeals ignores the fact that Ms. Mayo was not licensed under that Title. The CSA found that in certain contexts a non-licensed individual may be considered a ‘professional engineer’.

But it does not fly with the Court of Appeals who found that the Court of Special Appeals misinterpreted the relevant statute to say that in certain contexts a non-licensed individual may be considered a professional engineer. Because there was nothing in Maryland law that alters the clear requirement that a “professional engineer” must be licensed. It might make sense that that is the law. But it is not. Just because a non-licensed individual may “practice engineering” under certain circumstances does not somehow allow that individual to be considered a “professional engineer.” Little apples and oranges problem there.

Take-Home Message for This Case
In its opinion, the court asks an important question:

“Does this mean that one can file a complaint alleging ‘professional negligence,’ ask the factfinder to hold the defendant to a higher standard of care expected of professional but evade the gatekeeper function of the certificate requirement by keeping the allegations vague and not naming the individuals responsible? The answer is ‘no.’”

Just in case the defendant’s attorney does not precisely understand, the court provides them a road map: “Ultimately, a plaintiff who seeks to hold a defendant to the standard of care expected of a licensed professional will have to assign responsibility for failing to meet that standard. Delay in doing so risks missing the 90-day deadline for filing the certificate. A defendant who wishes to put a plaintiff to the test may have to do so by a motion for summary judgment rather than a motion to dismiss. Such a motion would explain how the services alleged in the complaint fit within the particular license and identify the licensed professional responsible for performing or supervising those services.”
So this win for plaintiffs is probably illusory. The court is saying that it has to send the case back to the Frederick County trial judge, let the engineers argue that this is really a question of professional malpractice against an engineer, and, seek summary judgment.

Why Did I Write Up This Case?

First, there are a lot of tort claims against engineers and architects – often workplace explosion cases – where you need to know that there are rules for bringing these cases that differ from regular tort cases. Secondly, it underscores, as the med mal case we looked at last week, that courts will interpret these statutes unbelievably strictly without regard to justice or judicial economy. So if you are filing these cases, particularly malpractice claims, you better be sure to comply carefully with what is required or you will get burned.

Get it? Get burned. Funny, right? No really? Okay. How about Judge McDonald’s ending to the opinion:

In that event, because the time to seek modification or waiver of the certificate of merit requirement expired long ago, the court may humanely consign this complaint to its final resting place on a motion for summary judgment.

Alas, that is bad too. I think it is hard to be genuinely funny with a pun.

Also, a word from our sponsors.  If you have a serious injury or wrongful death case in Maryland you believe might be from negligent engineering, call 800-553-8082 or get a free online consultation.