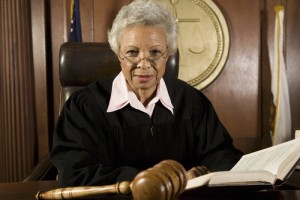 Voters yesterday overwhelmingly approved of Judge J. Michael Wachs, who received 99 percent of the vote. But my blog got over a thousand hits with what was voters looking for information before deciding. It amazed me at how many Anne Arundel County residents seemed interested in whether Judge Wachs was a Republican or a Democrat.

Thankfully, Judge Wachs could be above politics and not have to go out and ask for votes. But in 15 years, if he wants another appointment, he most likely will not run unopposed. In judicial elections, a deal killer for sitting judges is often being alphabetically challenged. If you don’t believe me, ask Judge Alexander Wright, Jr. (although it all worked out well for him when Governor O’Malley nominated him to the Maryland Court of Special Appeals).

If we can put slot machines on the ballot, why can’t we put a referendum on changing the process that has us electing judges in Maryland? I know some people will say they would rather have a judge who had to win an election than a judge who was nominated because his father was the nephew of the governor’s wife. But, look (note to reader: if you are reading to yourself, please read the word “look” in President Obama’s voice—thank you), O’Malley has made superb choices as governor. Obviously, if we pick a bad governor who makes selections for purely personal or political reasons, we have a problem. While I’m not a big fan of Bob Ehrlich, I think he is an honest guy who tried to pick qualified judges.

There is no perfect process because we are human beings. But the Governor’s appointment (maybe with Maryland Senate confirmation) seems like the best choice we have. It is time to change the Maryland Constitution and eliminate subjecting judges to the election process.

2015: Update: We have been talking about doing away with judicial elections in Maryland.  Talking.  And talking.  But it will not happen this year, even though Mike Miller is fully behind it.