Lots of big opinions coming down from the Maryland Court of Appeals lately. In a tight decision- much tighter than I would have predicted – our high court affirmed long-standing Maryland laws that protect bars and restaurants who serve people they know or have reason to know, will drive drunk, and put our kids at risk. You can tell by the way I loaded that statement how I feel about it. 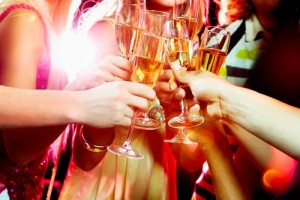 This was a great case for plaintiffs to bring to test this law. A 10-year-old girl was killed in a high-speed crash on I-270 by a guy who had been served 20 drinks at a Gaithersburg bar. The poster case for why we need to enact dram shop laws.

The Maryland high court found in Warr. v. JMGM Group that this state does not recognize a claim against a bar for harm caused by an intoxicated customer in cases where there is no special relationship between the bar and the victim.  Okay, we knew that already.  But should we just do what is right that will save lives?  The court, at least a majority of the court, said no.  They reasoned that the world has not changed enough to change Maryland law and punted to the legislature, arguing that it is in the best position to gather the empirical data and to determine what public policy should be.

Writing for the dissent in a way that reminded me of Judge Harrell’s dissent on contributory negligence, Judge Adkins did a little fact finding and math on her own, nothing that “an average of 220 people died annually because of impaired driving-related crashes on Maryland roads . . . . This equates to 18 deaths a month or a death every 40 hours” and that 40% of the accident in this state are caused by drunk drivers.

Most of us know these facts. But here is one statistic in the dissent that I had not seen: up to 50 percent of people driving under the influence had their last drinks at licensed establishments. So we made a real dent in the pain and the deaths caused by drunk driving and we let it slip away.

Maryland, a progressive state by any definition, is again being held back by its appellate judges. We have talked about how Maryland is one of the few states to hang on to contributory negligence, a law even its supporters think is dumb. Now we go the same path with stopping drunk driving. Other states used to be where we are. Twenty years ago, most states had dram shop laws. Now, the world has changed and most states are protecting its citizens by making bars act responsibly. But, after much ado again, Maryland remains, to paraphrase Judge Harrell, in prehistoric times.

This is a long opinion, and I have not fully digested it. I wanted to spit something out quickly, wanting to both “break the news” and to vent. If I have anything more to say I’ll share it with you tomorrow.

You can read the opinion here.